We think this energy infrastructure behemoth could make investors a lot of money in the future.

Kinder Morgan (KMI 1.48%) has certainly had its ups and downs over the past few years. The company went from forecasting 10% annual dividend growth through 2020 to slashing its payout and redirecting that cash for other needs. However, the company's underlying business has continued to generate gobs of cash flow, giving its management team time to enact a turnaround plan. Here are three different reasons we like what we see ahead for the pipeline giant.

Tyler Crowe: I haven't always been a fan of the way Kinder Morgan's management has handled the company. Between the multitude of corporate reshufflings and massive growth plans, management seemed to be acting overly aggressive in an industry that rewards conservatism over the long term. All of its corporate actions came to a head at the end of 2015, when it tried to acquire Natural Gas Pipeline Company of America. At the time, the company was already holding a significant amount of debt, and adding more was making creditors nervous about its ability to pay its creditors, its shareholders, and grow the business all at the same time. Since that time, Kinder Morgan's management has taken a much more conservative approach. It has significantly cut the total amount of projects in its construction backlog and reduced its payout to shareholders by 75%. The idea now is to use the large cash flow the company generates on a quarterly basis to pay for projects. In doing so, it requires much less in new debt to pay for growth and should result in improving credit metrics over time.

It's less than ideal that Kinder Morgan's management team had to learn the hard way that the oil and gas midstream industry does not reward aggressive growth. Rather, the path to success is slow and steady growth that utilizes cash from operations to supplement its capital spending, rather than exclusively paying for things with external capital sources. Now that the company has learned its lesson, though, it makes Kinder Morgan a more attractive long-term investment.

Timing may not be everything, but it's definitely important

Jason Hall: I was one of many investors who bought into Kinder Morgan's aggressive growth model. I even went so far as to call its dividend safe only months before it was slashed by 75%, mistaking management's comments that it was sustainable for a promise that it would be sustained. That was before pressure from creditors to better manage its debt forced management to change the way they allocated capital. There's an argument to be made that, had oil prices remained higher for longer, those aggressive growth plans could have worked out well.

But that's not the reality in which we live or invest. Oil prices plummeted on a combination of weak global demand growth and massive growth in global oil production, putting the brakes -- at least temporarily -- on the need to expand midstream assets at the rate Kinder Morgan was planning. Ironically, this was a direct result of higher oil prices making North America's shale oil formations economically viable -- a key factor Kinder Morgan was counting on to support its aggressive growth.

The bull case for Kinder Morgan today -- and why I continue to own shares -- is that it still has some of the best midstream assets, and there still remains strong demand to expand North American oil and gas infrastructure. And while bad timing and bad decisions both lost Kinder Morgan's investors money, management is taking a better, more measured approach to growth going forward. 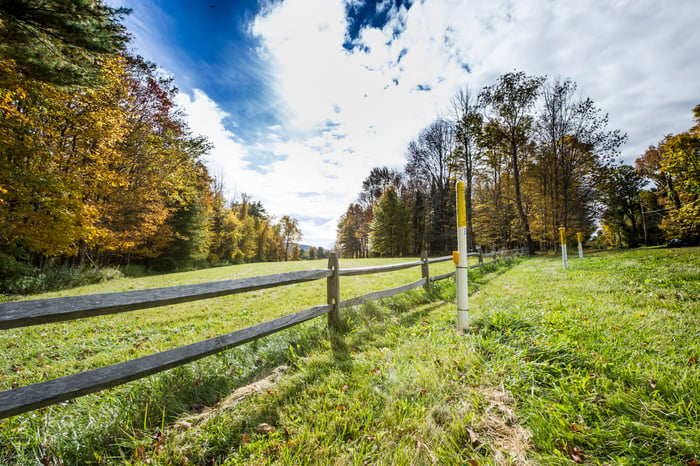 A clear catalyst on the horizon

Matt DiLallo: One of the many steps Kinder Morgan has taken to improve its financial situation is securing joint venture partners to help finance a portion of its expansion projects. Over the past year, the company has tapped into private equity capital to fund part of its Utopia Pipeline Project and a portion of its Elba LNG export facility. These agreements enabled the company to get reimbursed for the money already spent on the projects along with a funding commitment for a portion of the project's costs through completion. On top of that, Kinder Morgan received a premium payment that recognized some of the value it had created on the project.

That said, Kinder Morgan still has one more project in its pipeline to partner -- the $5.5 billion Trans Mountain Pipeline expansion project in Canada -- which represents nearly half of its current project backlog. The company is exploring a variety of financing options for the project including both joint ventures and an IPO of the project -- or its entire Canadian business. This process represents a potentially significant future catalyst for the company.

By offloading part of this massive project to outside investors, Kinder Morgan will reduce risk, realize value created on the project, and free up a considerable portion of future cash flow for other purposes. Kinder Morgan could reallocate a significant helping of that cash flow toward boosting the dividend, with many analysts projecting that the company could double its dividend next year. Even with that massive increase, the company would only send about half of its annual cash flow back to investors, which not only leaves plenty left over to finance other growth projects, but it is in line with the payout ratios of some of its larger rivals. Meanwhile, such a big dividend boost could send income investors back into the stock, providing long-term investors with some nice appreciation from here.