Please ensure Javascript is enabled for purposes of website accessibility
Log In Help Join The Motley Fool
Free Article Join Over 1 Million Premium Members And Get More In-Depth Stock Guidance and Research
By Evan Niu, CFA - Apr 11, 2017 at 10:30AM

The "Minecraft" ecosystem is only going to get bigger.

Microsoft (MSFT -1.05%) paid an awful lot of money for Mojang, the small indie developer of Minecraft, back in 2014. The software giant handed over a blockbuster $2.5 billion amid the game's soaring global popularity.

In the years since, Minecraft has continued to expand its ecosystem and cultural influence, and I have yet to meet a kid that hasn't played the game. My daughter can't seem to get enough of creating blocky worlds. 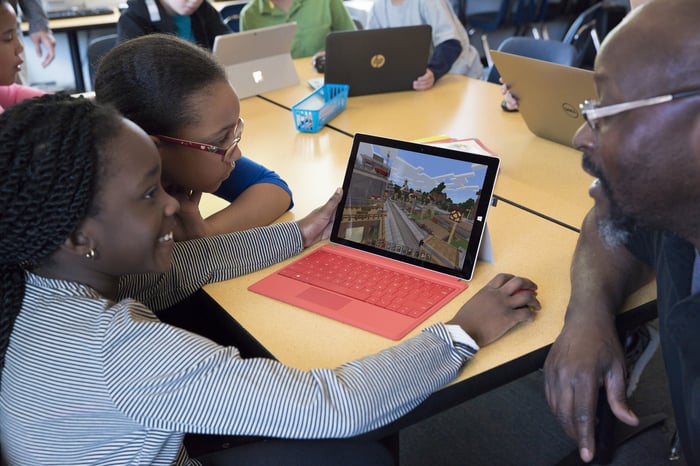 Mojang has now announced that it is creating an entirely new storefront for Minecraft called Marketplace, where users can purchase content made by third-party creators. Things like "amazing adventure maps, texture packs, minigames and more" from prominent third-party creators within the Minecraft community, in addition to free content. In other words, Microsoft is turning Minecraft into a platform.

Minecraft Coins, the new digital currency on the block

The company says that the goal is to give Minecraft creators additional monetization opportunities to make a living on Minecraft. Microsoft will curate the repository for all the expected reasons around quality and security. To facilitate these transactions, Microsoft is introducing Minecraft Coins, which can be bought as an in-app purchase not unlike any of the other digital currencies you can buy in freemium titles (Minecraft isn't freemium since it also has an upfront price). 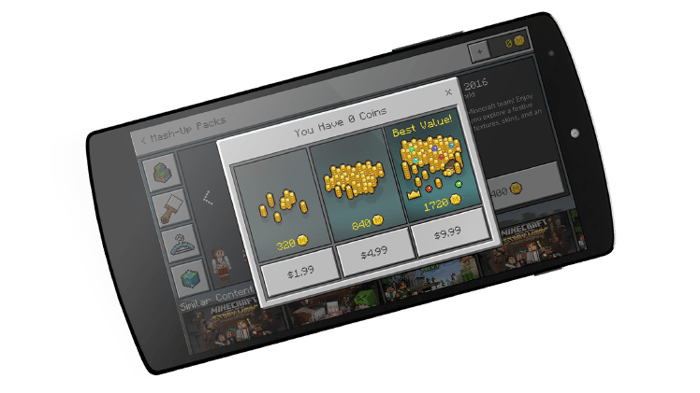 Creators will set their own prices; Microsoft doesn't say how much it will keep beyond saying that creators will keep "the majority" of what's left after paying out the 30% cut that the underlying app platform collects. Purchases will also sync across devices and platforms, a feature that Microsoft is still working on.

Minecraft Marketplace will launch as a public beta on Android later this month, which will focus on implementing Minecraft Coins before adding third-party content "later in Spring."

Marketplace has the potential to strengthen the brand even more

This could be a big win for Microsoft going forward. In general, third-party developers are the lifeblood of any platform, typically driving most of the innovation once the groundwork has been set. While Minecraft creators aren't quite "developers" per se, they do create a seemingly limitless amount of content that other users enjoy, and providing them with new monetization methods will only strengthen the already-massive ecosystem and community. It's also way better than inserting ads as a way for creators to monetize their content.

It doesn't sound like Microsoft is looking to make much on Marketplace financially, but what it may lack in direct financial potential, it makes up for in brand value. To the extent that Microsoft can make the Minecraft brand even stronger, it can open up other opportunities where Microsoft does capitalize -- selling more copies of the game itself, merchandise licensing, first-party in-app purchases, and more.