Relying too much on acquisitions for user growth and failing to keep up with stronger competitors top the list.

On the heels of The Meet Group's (MEET) recent rebranding from MeetMe, it's worth taking a look at what might cause this growing social-media company -- now with four brands under its umbrella -- to stumble. The company is clearly a much smaller player compared to the likes of Facebook (META 2.03%) and dating-app company The Match Group (MTCH), and it'll need to see continued growth if it wants to morph into a long-term player in the space.

But two big issues could get in the way of the company's turnaround. 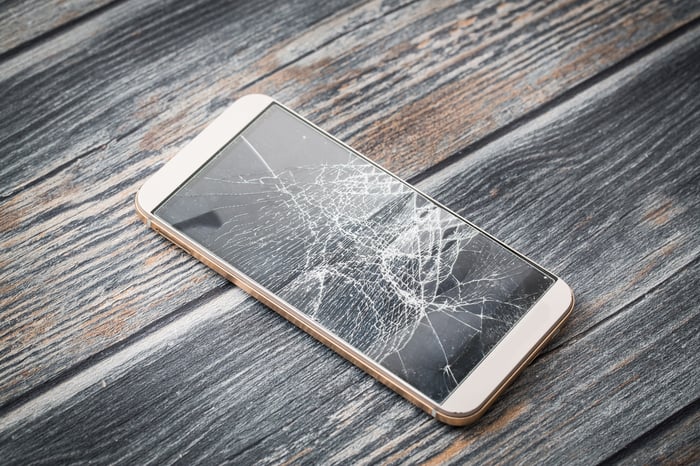 The Meet Group recently agreed to pay $60 million for if(we), a social-media company that runs both the hi5 and Tagged meeting apps. The company expects the acquisition to bring in $9 million in adjusted earnings before interest, taxes, depreciation, and amortization (EBITDA) in the first 12 months, and help contribute $150 million in annualized revenue and $50 million of adjusted EBITDA for the combined business.

The acquisition also raises The Meet Group's total monthly active users to 10.6 million, a 28% increase from MeetMe's 8.3 million. That's a big jump for The Meet Group and it follows a similar pattern for how the company grows its user base. Last year, The Meet Group (when it was just MeetMe) purchased Skout for $55 million and boosted the amount of people MeetMe users could communicate with by 60%.

Now to be clear, there's nothing wrong with having a company snatch up more users through acquisitions, but there is a problem if it's the primary way The Meet Group significantly grows its users base. This strategy isn't anything for investors to worry about right now, per se, but if The Meet Group and its companies start stagnating on user growth in the future -- and only grow through acquisitions -- then investors should start to worry.

Failing to gain a competitive advantage

The Meet Group said in its rebranding press release that the company is now "larger than dating." The company wants to serve groups of people who are looking for friends, messaging each other, and just hanging out, that fall outside the scope -- sometimes -- of dating. Of course that line is often blurred in the real world, no matter what a company is branding itself as, and that means The Meet Group is still directly competing with the likes of Match's Tinder, Match.com, OKCupid, and PlentyOfFish.

Meet's doing a decent job of growing users through acquisitions, but the fact remains that The Meet Group's brands still fall far short compared with its competitors. For example, Tinder has 50 million active users right now, and they check the app 11 times a day on average, spending 90 minutes on it. Remember, that's just one of Match's brands that The Meet Group has to compete with.

And while The Meet Group may be targeting different people from its competition, it still resides in the general social-media and messaging space, which makes Facebook an obvious -- and insurmountable -- competitor. Facebook now has 1.23 billion daily active users, and they spend an average of 50 minutes every day on the Facebook, Messenger, and Instagram apps.

The Meet Group isn't trying to take down Facebook, of course, but that doesn't matter much.  Facebook continues to prove that it knows how to keep users engaged by offering new services through its portfolio of apps, and through acquiring new companies. That means The Meet Group naturally gets caught in Facebook's wake whether it wants to or not, and that could prove too much to handle as Facebook releases new services to take on new competitors of its own, such as Snap.

Investors are looking to The Meet Group's potential in the social-media space with its low price-to-earnings ratio of just 8.3, its 34% annual revenue growth, and an 85% increase in mobile daily active users from 2015 to 2016.

Those are all good things, but over the long term, The Meet Group's apps will need to bolster organic user growth while proving that their niche offerings having staying power in a social world dominated by Facebook.