If your dividend yield seems too good to be true, then it probably is.

Investing in solid dividend stocks is one of the most effective ways to predictably generate market-beating returns over the long run. But that doesn't mean all dividend stocks are great investments -- and that's something that rings particularly true for those with unusually high dividend yields. 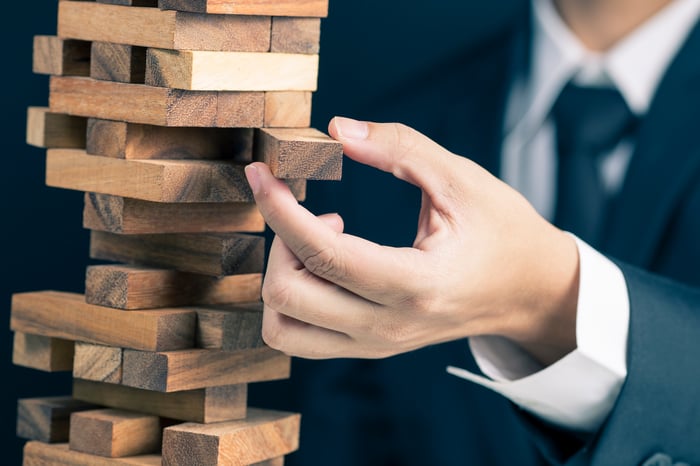 Steve Symington (Target): When you look at Target's juicy 4.5% dividend, it might be tempting to pick up shares of the retail giant around its 52-week low right now. But just as I argued around this time last year -- and keeping in mind shares have fallen more than 20% since then -- I still think there are better places for dividend-hungry investors to put their money to work.

To be fair, Target has increased its dividend for 49 straight years, and seems likely to maintain that streak going forward (even if its increases in the near term are modest, at best). And the company recently outlined plans to invest in overhauling its business and financial model in an effort to adapt to what management describes as a "new era in retail." Those investments include a new smart network of physical and digital assets, launching a dozen exclusive new brands over the next two years in an effort to differentiate itself from the competition and, as CEO Brian Cornell put it last quarter, investing "in lower gross margins to ensure we are clearly and competitively priced every day."

But this transition will undoubtedly put pressure on Target's sales and profitability in the coming quarters. So, for now, while it could mean missing out on some of its early gains, I'm personally content watching Target's progress from the sidelines until I have a clearer picture of whether its new business model will succeed over the long term.

The game is changing for this retailer

Keith Noonan (GameStop): With a 6.9% dividend yield and a share price that values the company at just 6.5 times forward earnings estimates, GameStop stock has qualities that are likely to pique the interest of value and income investors, but staking a long-term investment in the business still strikes me as too risky. As the world's largest video game retail chain, the company finds itself on the losing end of an industry trend that sees game sales increasingly moving to digital channels.

GameStop's video game sales fell 14% in 2016, and, while last year saw underperformance for big releases add to the company's software woes, its overall share of video game sales appears to be on a near-irreversible decline. To its credit, GameStop is making progress on diversifying for a future in which it claims a shrinking piece of the video games market, but questionable outlooks on its emerging business fronts help explain why the company is trading at such a low multiple.

At the core of the company's turnaround strategy is a greater reliance on the sale of video game and "geek culture" merchandise, an expansion of its tech brands segment that's increasingly focused on selling AT&T's wireless service, and a continued push into digital selling and original game development. Some of these initiatives are promising, but I'm skeptical about collectibles being a long-term solution for the company, and game development and publishing is a very difficult market to crack -- particularly with the mid-tier releases that have made up the company's release slate.

Even with momentum from its emerging segments and new console launches from Microsoft and Nintendo, GameStop expects that earnings will fall between 3% and 10% this year. That's a trend I can see continuing, so I'm a no-go on the retailer despite its low earnings multiple and attractive dividend.

Oil tankers in for rough sailing in 2017

Travis Hoium (Frontline): The world of oil tankers can be tempting for investors, particularly with a stock like Frontline that's currently yielding 9%. But before you jump in, there are a few things you should consider about the tanker market.

2016 was an unusually strong year for Frontline, helped by rising dayrates and an expanding fleet. But the good times don't last long in shipping.

In a presentation covering fourth-quarter results, management said it expecst first-quarter 2017 dayrates to be down across all tanker segments and conditions may get worse before they get better. 2017 is expected to see net additions to the tanker fleet when you include newbuilds and decommissioned ships, so there could be an oversupply problem. 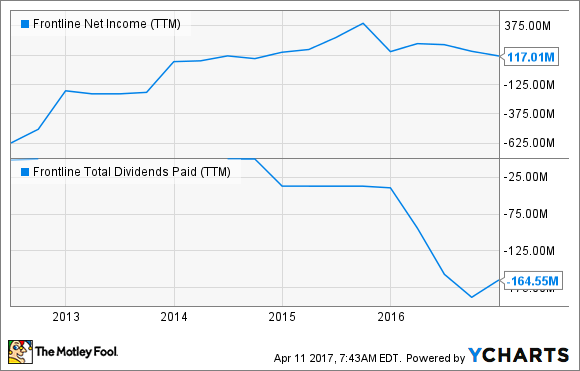 Big picture, I don't think tankers are in a good position long term. Oil production in the U.S. has bottomed, and with fuel-efficiency standards on the horizon, we could se a future drop in imports. There's the still-unknown, but potentially massive, impact electric vehicles could have on oil consumption, suppressing demand for the product globally. And when you have the macro concerns with the short-term decline in the tanker market, a 9% dividend yield looks a little riskier than you may originally think.