Unless Snap pulls off a miracle in user growth from its recent Snapchat redesign.

This is Snap's (SNAP 5.20%) worst nightmare. The fledgling social media company utterly loathes when larger rival Facebook (FB 1.83%) replicates features borrowed from Snapchat, but has no recourse when Facebook does so. Over the years, Facebook has copied different features with varying success; there was Poke and Camera in 2012, followed by Slingshot in 2014, all of which failed and were subsequently shuttered.

But Facebook has hit it big with Instagram Stories, more than making up for those prior attempts. 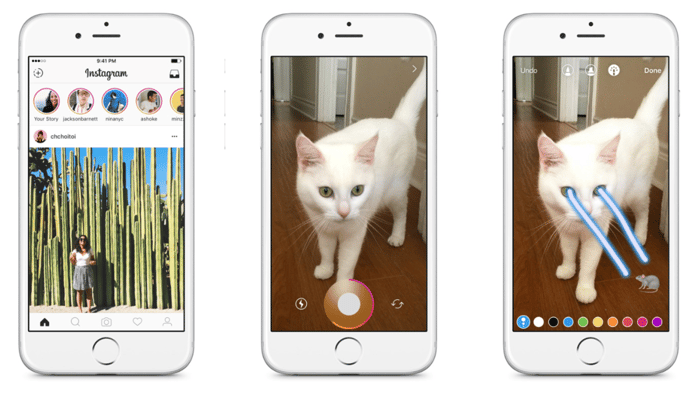 Instagram has announced that Stories, which was launched last August, now has over 200 million daily active users (DAUs). The photo-sharing service is also adding a handful of new sticker tools intended to inspire creativity among users. The DAU figure is the real story here though, as Instagram Stories is now officially larger than Snapchat. Instagram previously announced 100 million DAUs in October 2016 (just two months after launch), and then 150 million DAUs in January 2017.

Snapchat's latest DAU count was 158 million as of the end of December 2016. Snap has yet to report earnings as a public company; its first quarterly report is scheduled for May 10. 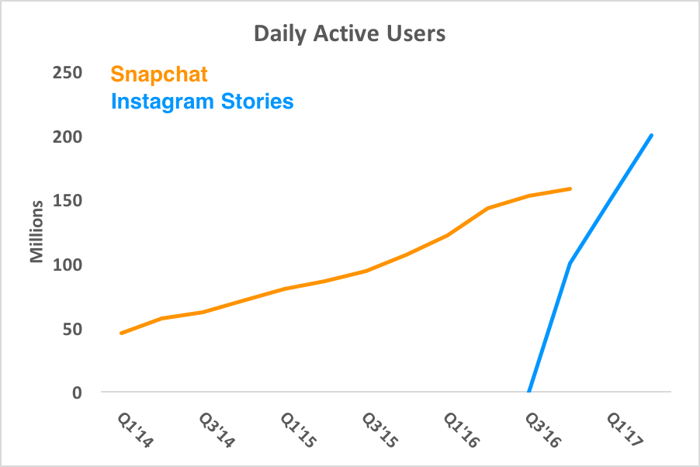 Theoretically, it's possible that Snapchat closed out the first quarter with over 200 million DAUs, but that's extremely unlikely. That would require over 42 million new DAUs compared to the fourth quarter, and sequential DAU growth has been decelerating significantly following the launch of Instagram Stories. Snapchat only added 5 million DAUs in Q4 2016, down from 10 million new DAUs in Q3 2016.

Snap has said that DAU growth is heavily reliant on new product features. It introduced a major redesign for its flagship platform earlier this year, including a universal search bar aiming to streamline navigating the interface. The new search function is important, as it can help users discover more content and help engagement, but it's extremely unlikely that these changes brought in tens of millions of new DAUs last quarter. 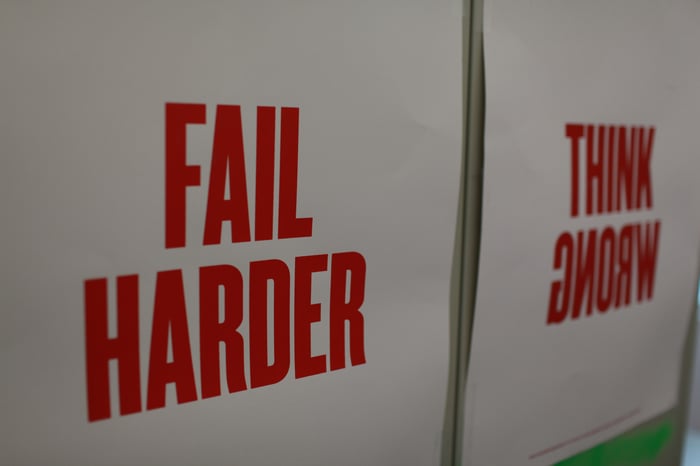 Instagram Stories overtaking Snapchat within a mere eight months is rather telling. The two companies have been competing for years while Snap was still private, but Facebook can experiment until it hits it big even if prior shots have failed. "Fail harder" is one of Facebook's internal mottos, and the company's prior failures at replication have led to Instagram Stories. Like the old saying goes, "If at first you don't succeed at copying a competitor, try, try again."

Competition will only intensify in the years ahead, except this time in public view. Now that Snap is a public company, the rivalry will take on a whole new level of scrutiny as investors with money on the line watch every move even more closely.