Please ensure Javascript is enabled for purposes of website accessibility
Log In Help Join The Motley Fool
Free Article Join Over 1 Million Premium Members And Get More In-Depth Stock Guidance and Research
By Reuben Gregg Brewer - Apr 14, 2017 at 10:14AM

Onshore U.S. oil is gaining traction again, and that puts Helmerich & Payne in position to prosper.

At the height of the U.S. oil boom in 2014 Helmerich & Payne, Inc. (HP -0.71%) had roughly 90% of its domestic drill rigs operating. And then the oil and gas industry went through a painful retrenching as oil prices fell from over $100 a barrel to around $30. But oil prices have started to stabilize, and demand for drill rigs is starting to recover, which materially improves the outlook for Helmerich & Payne. Here are three reasons to like this oil and gas drilling services company.

1. The worst may be over

One of the best reasons to be looking at Helmerich & Payne is the uptick in utilization. At the worst point of the oil downturn, the company had just 24% of its U.S. drills running. That means around 75% of its domestic fleet wasn't earning any money. And that's a big problem, because roughly 90% of its drills are dedicated to the U.S. onshore market. 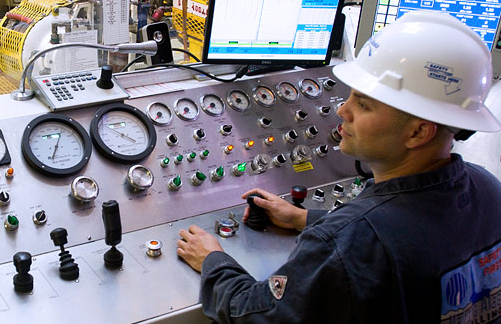 That said, by the end of 2016, 31% of the company's U.S. drills were being put to work. Add in news that oil companies are increasingly looking to the U.S. onshore market to power growth, and it looks like we might be at an inflection point. The list of companies refocusing on the U.S. include industry giants like ExxonMobil and Chevron, as well as a host of smaller players that are again ramping up production now that oil prices are off their lows.

Helmerich & Payne is positioned well to take advantage of an uptick in activity because of its industry-leading drill fleet. The company has been focusing on building the most desirable AC rigs, which offer faster drill speeds and generally more flexibility to customers. And Helmerich has more of these rigs than any other competitor. As demand heats up, these are the rigs most likely to get called into action first. 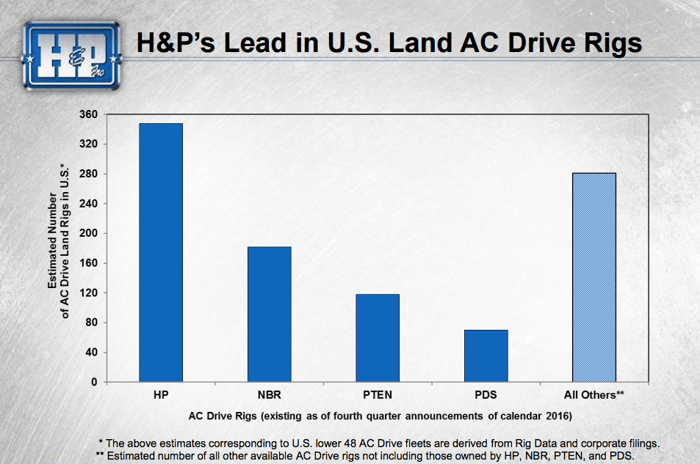 But there's more than just drill technology differentiating Helmerich & Payne. The company is also well respected within the industry for its customer service and drill operating expertise. That allows it to charge a premium for its services. So, Helmerich has an industry-leading fleet run by a capable team of employees, which helps explain why large customers make up more of Helmerich's business than the industry average. 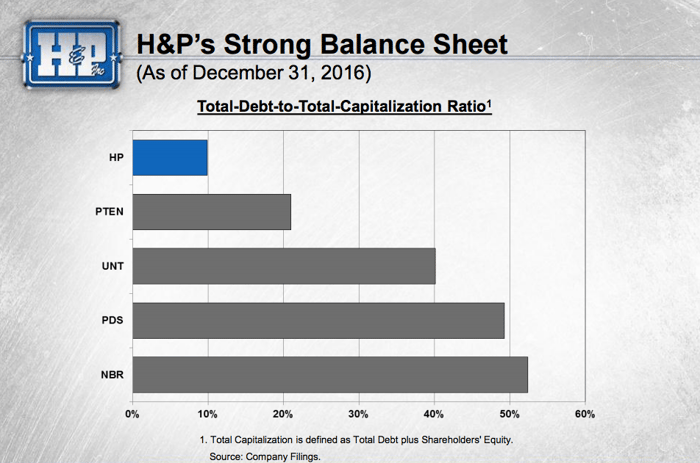 Helmerich's current ratio, meanwhile, is over 5. Patterson-UTI's current ratio is around 1.06, and Nabors' is about 1.15. The current ratio tells you how easily a company could cover its near-term bills in a worst-case scenario, and Helmerich is clearly in better shape than its peers. The important takeaway from these balance sheet stats, though, is that Helmerich & Payne has a huge amount of financial flexibility to take advantage of an industry upturn.

So, if you add it all up, you have what looks like an industry upturn taking place in Helmerich & Payne's most important business. The company has an industry-leading position in the most desirable drill rigs...essentially the ones that are most likely to be put to work first. And it has the financial flexibility to adjust to the upturn without skipping a beat. Those are three great reasons to do a deep dive now, and capture Helmerich & Payne's over 4% yield while you're at it.