Please ensure Javascript is enabled for purposes of website accessibility
Log In Help Join The Motley Fool
Free Article Join Over 1 Million Premium Members And Get More In-Depth Stock Guidance and Research
By Brian Feroldi, Anders Bylund, and Matthew DiLallo - Apr 14, 2017 at 8:44AM

Here's why our team of Fools thinks that Emerge Energy Services, Finisar, and ViewRay all hold explosive upside potential.

If you like to swing for the fences when you invest, then you're probably on the hunt for a stock that offers lots of upside potential over the next few years. To aid you in your search, we asked a team of Fools to share a stock that they believe offers significant upside potential from current levels. Read on to see why they picked Emerge Energy Services (NYSE: EMES), Finisar (FNSR), and ViewRay (VRAY 1.04%). 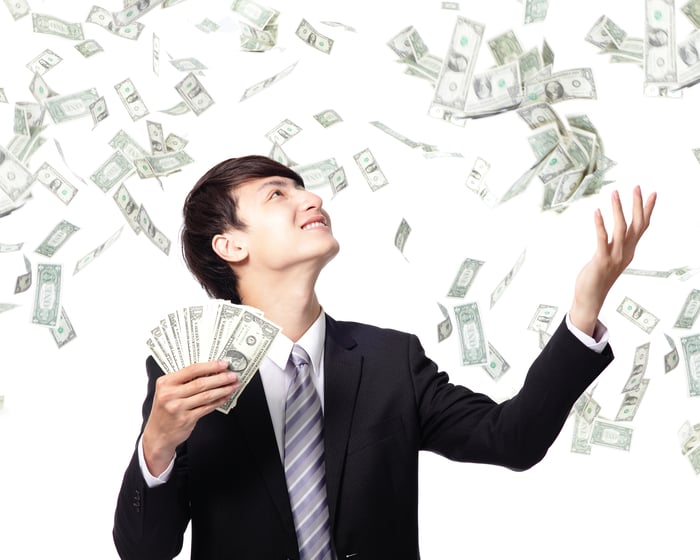 This deep discount is more than just optics

Anders Bylund (Finisar): Optical networking components maker Finisar had a rough March, setting the stock up for a 20% price drop so far in 2017. The company missed analyst expectations in its third-quarter earnings report and set a low bar for fourth-quarter expectations.

But some analysts shrugged off that short-term noise to focus on management's rosy projections for soon-to-start fiscal year 2018. Chinese telecoms are gearing up for massive infrastructure upgrades in the second half of this calendar year, setting Finisar up for big sales of its high-end network transceivers.

"We are currently sold out on this product," said Finisar CEO Jerry Rawls on the third-quarter earnings call. "Despite our continuing to add capacity, we expect that sold-out situation to last at least through the end of calendar year 2017."

Based on that optimistic outlook and the sudden availability of a 20% share price discount, several analysts upgraded the stock and some even raised their target prices. The average of analysts' one-year price targets sits 65% above current share prices, and some see the stock doubling in 12 months.

Optical networking offers plenty of fantastic high-growth investment opportunities right now, with Finisar leading the charge. The company might set up a merger with sector rival Oclaro (OCLR), since both CEOs have made it clear that they would like to see some consolidation in the industry. That would be another easy share price boost, right on top of the already mouthwatering projections discussed above.

Matt DiLallo (Emerge Energy Services): The oil market downturn decimated the frack-sand industry by pulverizing demand. That situation nearly pushed Emerge Energy Services to the brink of bankruptcy. However, the company sold assets and raised outside capital to shore up its balance sheet, which put it in a position so it can capture growing frack-sand demand now that the sector is on the upswing.

Emerge Energy Services has already benefited from the initial recovery in the market. Last quarter, for example, volumes surged 68% versus the prior quarter. However, those surging volumes weren't enough to return the company to profitability just yet, because pricing remains depressed. Still, the company has recently been able to implement small price increases.

That might just be the beginning, because not only are drillers putting more rigs back to work, but they're also using more sand per well, which is fueling accelerated demand for frack sand. There is thus a growing possibility that sand supplies will tighten significantly in the future, which bodes well for Emerge because it has the capacity to spare. In fact, analysts at Goldman Sachs think the company could capture a significant portion of the market's growing appetite for sand as conditions improve. That's why it recently ratcheted up Emerge's price target to $28.50, which is nearly double the current trading price.

Emerge is volatile and has plenty of risks, so it's not for the faint of heart. However, as Goldman pointed out, it could easily double from here, given how quickly drillers are adding rigs focused on shale drilling.

Brian Feroldi (ViewRay): ViewRay is an small-cap provider of machines that provide radiation therapy for tumors, but with an important twist. ViewRay's machines also feature magnetic resonance imaging (MRI) capabilities so that healthcare providers can also get a clear view of the tumor they're targeting. The company calls this product "the MRIdian system," and they believe that combining radiation therapy and MRI technology together makes it far easier for clinicians to attack tumors while minimizing damage to healthy tissue.

Sales of the MRIdian system have been growing at a solid rate since launch, but the company hasn't yet generated enough volume to make the product profitable, let alone the company. However, that could soon change thanks to the recent FDA approval of the MRIdian Linac system. This next-generation product will allow oncologists to watch how a patient's body reacts to radiation therapy in real time, thereby enabling them to retarget the radiation beam in the middle of a treatment. That's an important advantage, as the body can often make subtle movements that can throw off the beam's focus.

There's clearly demand for ViewRay's technology, as the company ended 2016 with 23 systems in backlog, representing $133.2 million in future sales. However, with the MRIdian Linac system launch under way, my hunch is this number will grow significantly from here.

Before you get too excited, you should know that ViewRay is still losing money and will likely continue to do so for the foreseeable future. It is also battling against industry giants such as Varian Medical Systems and Accuray so success is far from guaranteed. Still, I think the advantages of the MRIdian Linac system are compelling enough to allow the company to take a significant amount of market share from here. If I'm right, it wouldn't surprise me one bit to see ViewRay's stock trading far higher in the years ahead.