Please ensure Javascript is enabled for purposes of website accessibility
Log In Help Join The Motley Fool
Free Article Join Over 1 Million Premium Members And Get More In-Depth Stock Guidance and Research
By Steve Symington - Apr 12, 2017 at 7:00AM

The optical communications technologist fell after a disappointing quarter.

The stock fell roughly 20% on March 10, the day after Finisar revealed quarterly revenue grew 23.1%, to $380.6 million, which resulted in adjusted net income of $67.2 million, or $0.59 per share, up from $0.25 per share in last year's fiscal Q3. That might not seem disappointing at first glance, but keep in mind Wall Street was expecting revenue and earnings of $389.6 million and $0.62 per share, respectively. 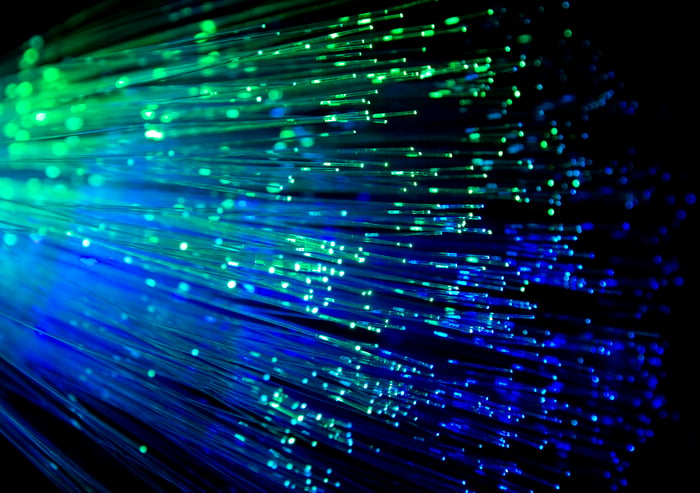 Finisar also provided guidance for fiscal fourth-quarter revenue of $360 million to $380 million, or 16% year-over-year growth at the midpoint, and adjusted earnings per diluted share of $0.50 to $0.56. Both ranges were below analysts' expectations for revenue of $383.4 million and earnings of $0.58 per share.

During the subsequent conference call, however, Finisar CEO Jerry Rawls insisted the company is "optimistic for fiscal year 2018," as Chinese service providers are expected to begin domestic deployments of ROADMs in the second half of this calendar year, while Finisar anticipates continued growth from sales of its 100-gigabit QSFP28 transceivers driven by hyperscale data centers.

"We are currently sold out on this product," Rawls elaborated, "and despite our continuing to add capacity, we expect that sold-out situation to last at least through the end of calendar year 2017."

Nonetheless, shares of Finisar are still up nearly 35% over the past year as of this writing, so it's hard to blame investors for bidding down the stock as the company fell short last month. But Finisar is also trading at a reasonable 20.6 times trailing-12-month earnings and just 10 times forward estimates after the plunge. If Finisar manages to reaccelerate growth in the coming quarters, I suspect its share price will follow suit.