Shares of Finisar Corporation (NASDAQ:FNSR) were down 20% as of 12:15 p.m. EST Friday, after the optical-communications-equipment company released disappointing fiscal third-quarter 2017 results.

Quarterly revenue climbed 23.1% year over year, to $380.6 million, driven by strong demand for 100G transceivers, as well as for wavelength-selective switches and ROADM line cards. On the bottom line, that translated to adjusted net income of $67.2 million, or $0.59 per diluted share, up from $26.6 million, or $0.25 per diluted share in the same year-ago period. But analysts, on average, were looking for higher revenue of $389.6 million, and adjusted net income of $0.62 per share. 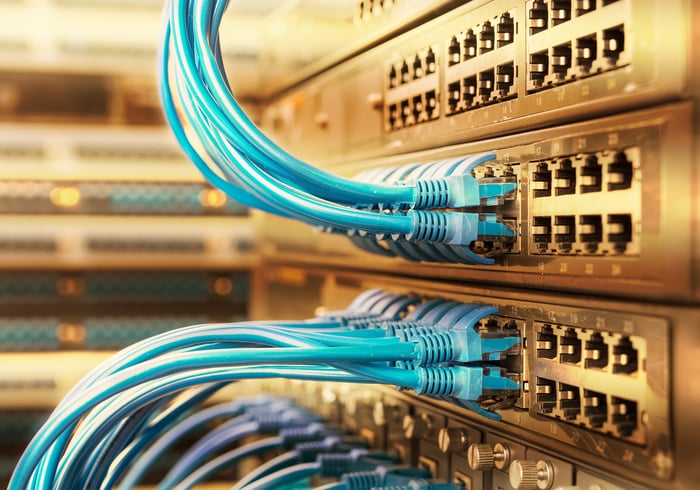 Finisar told investors it expects current-quarter revenue of $360 million to $380 million (up from $318.8 million in last year's fiscal Q4), which should translate to adjusted earnings per diluted share of $0.50 to $0.56. Here again, Wall Street's models were more optimistic, calling for adjusted earnings of $0.58 per share on revenue of $393.4 million.

That's not to say Finisar's growth isn't impressive. But given its underperformance relative to investors' expectations, and with shares still up more than 90% over the past year, it's no surprise to see Finisar stock pulling back today.