United could have saved itself a huge headache by chartering a private jet rather than bumping four customers off of a flight from Chicago to Louisville.

United Continental (UAL 2.88%) landed itself in hot water last week after bumping a customer from his flight in an unusually cruel manner. David Dao was already seated on the plane, which was set to fly from Chicago to Louisville, when he was bumped to a flight the next day. When he refused to get up, airline employees called the police, who dragged him from his seat and down the aisle.

The videos of this incident are truly shocking. As a result, United now finds itself in the crosshairs of lawmakers and regulators, while many (former) customers have vowed that they will never again fly United.

What makes this situation particularly sad is that it was totally avoidable. For little or no additional cost, the airline could have made everyone happy by chartering a private jet.

United was in a tough spot 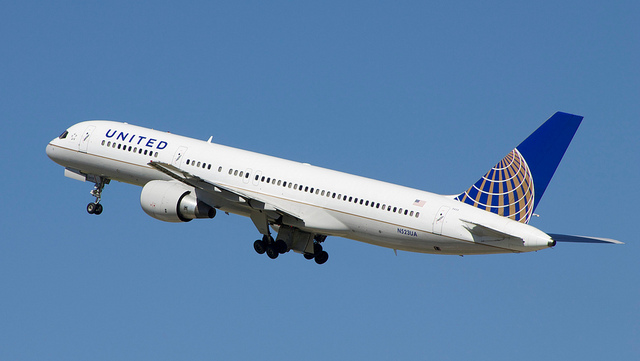 Many people are willing to give up their seats on overbooked flights in exchange for vouchers toward future travel. This allows the airlines to keep everyone happy while getting around the stiff regulations governing compensation for involuntary denied boardings.

Unfortunately, there were no volunteers in this case. Before last Sunday's incident, United had offered customers $400 in vouchers (plus a hotel room) and then went up to $800 in an attempt to find volunteers to travel the next day, but nobody took the bait.

A private jet would do the trick

It may have seemed to the United staff on the ground that they had no choice but to bump four passengers from the flight. But a private jet could have solved the problem at a relatively modest cost.

The Department of Transportation's rules on overbooking required United to pay cash compensation of $1,350 each to the four passengers that the carrier bumped, or $5,400 total. By contrast, the typical cost to charter a small private jet for the roughly one-hour flight from Chicago to Louisville would be about $6,000.

In fact, the founders of private aviation start-up FlyOtto recently invited United to try their service for free to reposition crews. FlyOtto would have been able to fly four people from Chicago to Louisville for just $2,930, albeit on a turboprop rather than a jet.

In recent years, Delta Air Lines (DAL 1.90%) has pioneered the concept of using private jets alongside its regular commercial fleet. This works especially well for Delta, because it has an in-house private jet subsidiary: Delta Private Jets.

Two years ago, Delta began a pilot program to give elite frequent fliers the opportunity to upgrade to a seat on a private jet for as little as $300 one-way on certain flights. Private jets often fly empty on "repositioning" flights, as they go to make their next pick-up. Delta is using these empty flights to offer a once-in-a-lifetime experience to loyal customers who happen to be going the same way. 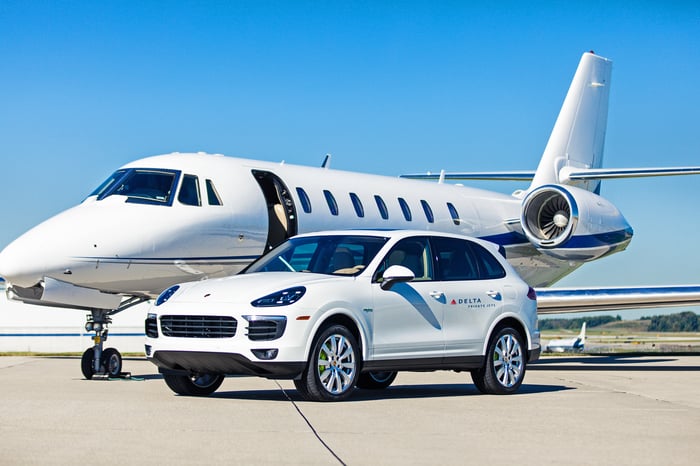 United doesn't have its own private jets, but it could have chartered one for roughly the same amount it would have had to pay four passengers to compensate for "bumping" them. In all likelihood, United could have enticed a few passengers to pay more to upgrade to a private jet -- and it certainly wouldn't have had trouble finding volunteers to fly private!

Now, the damage from this misstep could reach billions of dollars if large numbers of people start avoiding United Airlines flights. United executives probably already regret that they didn't have policies in place for using private jets as a last resort in "oversold" situations.