Dan Ariely is the author of Predictable Irrationality, a favorite book around Fool HQ, and -- oh yeah -- he's also the James B. Duke Professor of Psychology and Behavioral Economics at Duke University. I was able to interview Dan about investing, information overload, and more.

Want to listen instead? Download the audio version of this interview here.

Rana Pritanjali: Do you think the process of investing is similar to other jobs?

Rana Pritanjali: Why do losses hurt humans so much? Is this true for just a few of us, or is it broadly true?

Now, we think that the reason is evolutionary. If you think about nature, if you get something good (like you get to eat more food and so on) that's a good thing, but if you do something bad, you can die. So nature has kind of tuned us to look at the negative side because if you get a bit more food, a bit more money or whatever, there's a positive expected value but it's limited. Whereas on the negative side, you can lose a lot. So because of that we just attune more to losses. 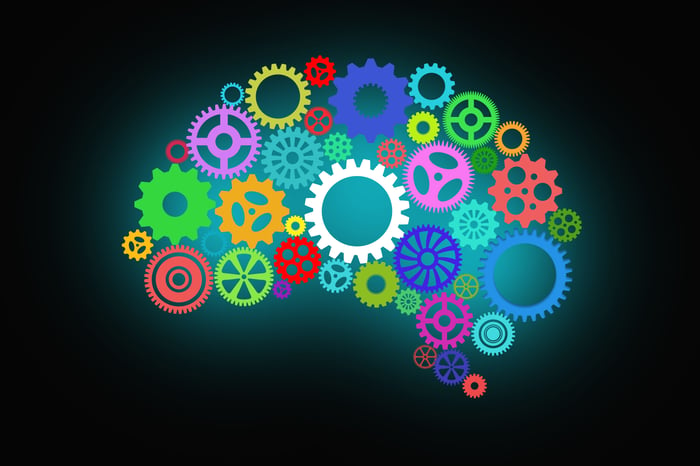 Rana Pritanjali: What do you think are some of the most important traits of successful investors?

Dan Ariely: Maybe not follow your emotions. Human emotions get us to buy high and sell low, so we have to fight those. And being systematic. Looking forward rather than backward. Thinking about what you want to do moving forward and not looking at what's happened to the stock in the past. Not being impulsive is important, and not following the herd.

And then the other one, I would say, is that it's about setting up processes that help us to do things in a more systematic way. So if you basically create a system where you say, "Here are my rules. I'm going to sell when it hits this number. I'm going to buy when it hits this number. I'm going to do X, Y, and Z." If you stick to your rules, you're probably going to do OK. But what happens is that most of us create rules and then we don't stick to them, because we are tempted at the moment, so sticking to our rules is important.

Rana Pritanjali: Do you believe in "information overload?" How is this affecting us as investors?

And that, of course, means that the most salient information is probably the information everybody else knows, as well; so we become less independent in our opinions from other investors. If everybody is in information overload, and we all do simplifications, then what happens is that we follow the simplest source of information, which is probably common to everybody.

Rana Pritanjali: What human characteristics will be hardest for robots (or artificial intelligence) to replicate?

Rana Pritanjali: In your opinion, what are some of the most important human characteristics that have led to the species' dominance?

Dan Ariely: Opposable thumbs. Language. Language allows us to create tremendous advantages. The invention of the wheel. The invention of money. Memory. We have really incredible memory for ideas. Abstract thinking. And then maybe the other one is that we are inherently social animals. We care about other people. We have what is called "social utility." We can put ourselves in the position of other people. We have empathy. We care about others, which allows us to create societies that rely on each other and get tremendous benefit from each other.

Rana Pritanjali: Why is it that long-term investing seems so right in theory but so very hard in practice?

Dan Ariely: Actually, everything long-term is hard in practice. We have a hard time not overeating. Saving money. Not texting and driving. Washing our hands. You name it. We're in general not good about anything that requires sacrifice in the short term for the long term.

Rana Pritanjali: Why is it so hard for humans to admit our mistakes?

Dan Ariely: Well, a couple of reasons. First of all, we don't actually see our own mistakes all the time. We have such great cognitive storytelling ability that the moment we tell a story, we think to ourselves that this was actually the truth. We call our research center at Duke "the Center for Advanced Hindsight" because we're such good storytellers that we come up with stories that portray us in good ways, so we don't always even see our own mistakes. And then on top of that, it's about our social standing, and admitting failure also admits that we might be wrong in the future.

Rana Pritanjali: Have you done any experiments on "fear of missing out?" Is this becoming more common, and what is the cause?

Dan Ariely: I have not done any research on that, but I did a little video on that. (Link is here!]