It can be a blessing, but with a caveat.

In the wake of Apple (AAPL -3.70%) supplier Imagination Technologies' (NASDAQOTH: IGNMF) disastrous disclosure that the former will dump the latter's technologies from its future A-series applications processors (Imagination relies on Apple for slightly more than half of its revenue), as well as the rumors that Apple could be working to dump Dialog Semiconductor (DLGN.F) from future iPhones as well (Dialog depends on Apple for nearly three-quarters of its revenue), it's worth asking a simple question: Is being an Apple supplier a blessing or a curse?

The upside to being an Apple supplier

The benefit of being an Apple supplier is that it orders a lot of components. For a large company, Apple business can serve as a nice boost, and for a small company, it can be a truly game-changing event. 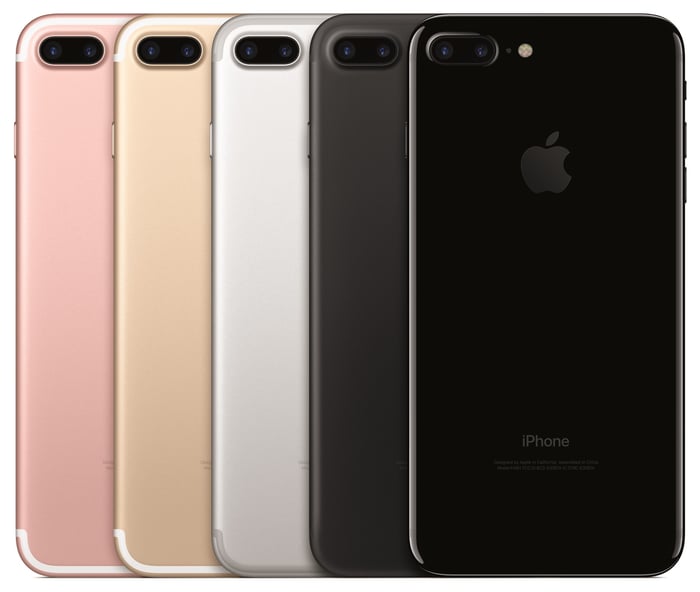 Indeed, for those small companies that win the "Apple lottery," the dramatically increased revenue not only leads to a significant improvement in the company's financial condition (boosting the stock price, perhaps substantially), but it can do so much more than that over the long term. The increased revenue can give a newly minted supplier the ability to invest more aggressively in future products, which not only helps it maintain its position with Apple but also gives it the ability to expand its portfolio of products and court additional customers.

In other words, it can trigger a positive feedback loop that, over the long term, can be phenomenally transformative. An example of a company that did this well is semiconductor intellectual property vendor ARM Holdings, which invested heavily in widening its portfolio of products -- offering a wide range of processor cores to target the entire range of smartphones, building out a serious mobile graphics licensing business, and even trying to push into new areas such as servers, networking, and more.

However, it's not always sunshine and rainbows.

The real risk of Apple dependence

Some suppliers that see their fortunes turn dramatically for the better after scoring deals with Apple fail to diversify or expand their businesses and clientele. This is sometimes due to the fundamental market dynamics and opportunities making it difficult to grow beyond Apple; other times, it can be due to complacency.

Take, for example, the case of Imagination Technologies. This company tried quite hard to expand beyond Apple. It entered the CPU core licensing business with its acquisition of MIPS Technologies, it has gotten in the low power communications IP business with its Ensigma technology, and it has even tried to expand its customer base with its PowerVR graphics. These efforts, however, ultimately didn't even work.

Now that Apple intends to cut Imagination out of its future chip designs, it is faced with the serious risk that within the next few years, its Apple-related revenue (a bit more than half of total revenue) will quickly evaporate. Even with Apple's business, Imagination found it difficult to achieve sustainable profitability -- without it, I can't see how it can sustain current operations.

Indeed, the risk with having such a high dependence on Apple is that a company's operating expenses naturally expand commensurate with current and expected future revenue levels. If those expected revenue levels come way down, then it can be tremendously difficult -- if not downright impossible -- to remain on its current course (or even remain in business).

What to look for when investing in Apple suppliers

I'm not trying to discourage investors from necessarily investing in Apple suppliers, or even ones with very high Apple concentration -- some of them are superb businesses that aren't at significant risk of losing Apple's business in the near to medium term.

What I do want to encourage investors to be, though, is selective. Try to pick suppliers that Apple can't easily design out of its phones (for example, those with rare, highly specialized technologies), as well as suppliers for which vertical integration on Apple's part wouldn't make much sense.

By no means is picking such suppliers easy -- it can be phenomenally difficult, actually -- and even ones that don't appear to be at high risk can still get bad news from Apple.