Please ensure Javascript is enabled for purposes of website accessibility
Log In Help Join The Motley Fool
Free Article Join Over 1 Million Premium Members And Get More In-Depth Stock Guidance and Research
By John Maxfield - Apr 17, 2017 at 7:27AM

The Pittsburgh-based bank turned in another solid performance.

PNC Financial (PNC -1.49%) joined a handful of other large banks last week to kick off first-quarter earnings season for the bank industry. The $371 billion lender reported a 13% increase to its bottom line, making it the third major bank to notch double-digit earnings growth for the first three months of the year -- the other two being JPMorgan Chase and Citigroup.

"PNC had a good start to the year," said CEO William Demchak in prepared remarks. "We grew loans and revenue, and we managed expenses well while continuing to invest in our businesses and to enhance innovation. As we progress through 2017, we are well positioned to benefit should environmental factors, including interest rates, turn more favorable." Two things in particular helped to fuel the rise in PNC's earnings. The first was its noninterest income, which climbed $157 million, or 10%, compared with the year-ago quarter. Higher asset management revenue and fees from corporate customers were the primary drivers of this, growing $62 million and $68 million, respectively.

PNC was also able to set aside less money in the first quarter in anticipation of future loan losses. Its provision for credit losses, which has the same impact on a bank's net income as expenses do, fell $64 million, or 42%. This was helped by the year-ago period, during which loan loss provisions rose in anticipation of loan defaults throughout the energy sector as oil prices dropped below $30 a barrel. 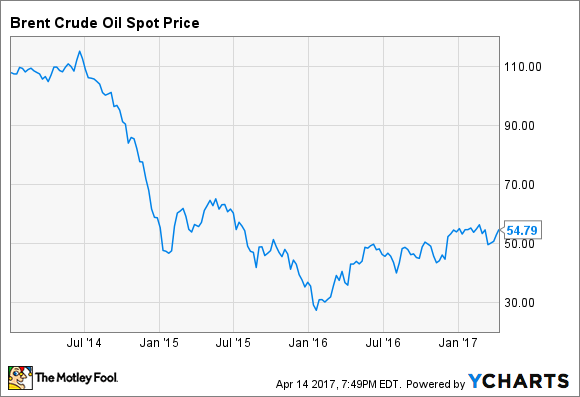 In addition to these two factors, PNC also reported a boost to its net interest income as a result of the Federal Reserve's decision to raise the fed funds rate twice over the past four months -- in December and March. The impact is most noticeable on PNC's net interest margin, its interest income as a percent of interest-earning assets, which expanded to 2.77% for the first quarter of 2017, compared with 2.69% for the fourth quarter and 2.75% for the first quarter of 2016.

The one aspect of PNC's first-quarter performance that weighed on its earnings growth concerned its noninterest expenses. The costs to run the bank increased $121 million, or 5.3%, in the first quarter compared with the year-ago period. Yet because its revenue grew faster, PNC nevertheless reported positive operating leverage, which is more important for a bank's long-term performance than its absolute expense base in any given period.

All told, PNC earned $963 million worth of net income applicable to common shareholders in the three months ended March 31. That equated to a 1.19% return on average assets, which continues to comfortably exceed the standard industry benchmark of 1%.