It's still probably better than the alternative.

Compared to larger automakers, Tesla (TSLA 1.24%) changes its product pricing relatively more frequently. We're not just talking about international pricing, where adjustments are often needed to compensate for foreign exchange rate fluctuations; U.S. pricing is often a moving target. That presents some unique challenges for customers that don't know if or when a price change may be imminent, or if they're better off buying before or after such a change.

That can potentially be a headache for consumers. 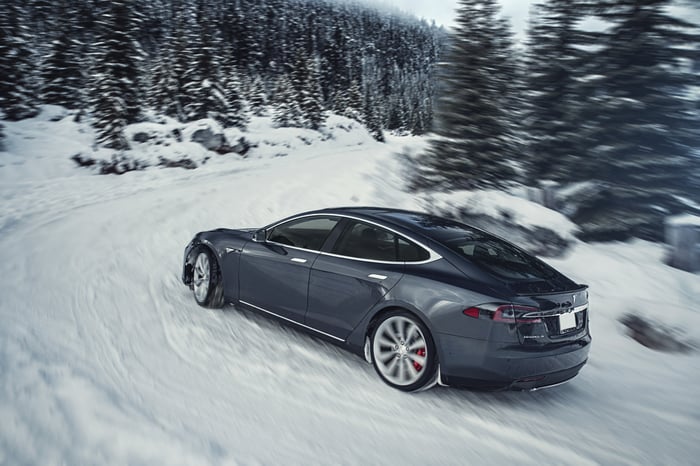 Over the weekend, Tesla updated its design studio to reflect the previously announced discontinuation of the Model S 60 and 60D, which Tesla said would be available until April 16, 2017. The Model S lineup now starts with 75 kWh battery packs and up, similar to Model X, which saw its software-limited 60 kWh version discontinued last year after just a few months of availability.

As mentioned last month, if there had been no other pricing changes, the entry-level Model S base price would have jumped from $68,000 to $74,500. That assumption very well may have led a number of customers to order the 60 or 60D ahead of the discontinuation, believing that a meaningful price increase was coming.

Here's the thing: Tesla tweaked its Model S 75 and 75D pricing and the new configurations offer even better value. A single-motor 75 now starts at $69,500 -- just $1,500 more than a single-motor 60 used to cost -- while adding the new all-glass roof and power liftgate as standard features. The glass roof option used to cost $1,500 and the power liftgate used to only be included as part of the $3,500 premium upgrades package. Tesla also reduced the price to upgrade any software-limited 60 kWh packs to 75 kWh capacity to better reflect the new pricing.

Tesla did not respond immediately to a request for comment, but provided the following statement to Electrek regarding the recent price changes:

Periodically we have adjusted pricing and available options to best reflect the value of our products and our customers' preferences. Today's updates include slight price decreases to our 75, 75D and 90D models to account for the discontinuation of our 60 kWh models, and next week we will be implementing slight price increases to our higher end 100D and P100D models. We expect our total average selling price to remain almost exactly the same.

It's still better than dealing with dealers

These changes may be frustrating for consumers to navigate, but it's still probably better than the alternative dealer model, where consumers face even more volatile pricing just based on what dealer they go to. Dealers are encumbered by an increasingly convoluted system of manufacturer incentives that can quite literally make or break the dealer's bottom line, according to Automotive News. These programs indirectly but inevitably affect the price that consumers have to pay. Automotive News also previously reported on pricing volatility for GM's new Chevy Bolt as dealers test different price points to gauge demand at the local level.

In other words, most car purchases lack price transparency and suffer from volatility purely as a function of the dealer model, while Tesla offers transparent pricing through direct sales although it creates its own pricing volatility, for better or for worse. Which model would you prefer?