Despite a climbing market, these stocks fell. Find out why.

The stock market did very well on Monday, and the Dow and other major indexes climbed almost 1% on the day. Investors seemed ready to embrace the new earnings season, which many believe could be a lot stronger than previously anticipated and could spur another leg up in the bull market. Yet some individual stocks missed out on today's rally, and Snyder's-Lance (LNCE), Incyte (INCY -2.34%), and Tenet Healthcare (THC -3.67%) were among the worst performers on the day. Below, we'll look more closely at these stocks to tell you why they did so poorly.

Snyder's-Lance leaves investors with a bad taste in their mouth

Shares of Snyder's-Lance fell 15% after the snack company issued bad news. The maker of Snyder's pretzels and Lance chips said that CEO Carl Lee Jr. had resigned from his position after 12 years with the company, naming Brian Driscoll to take the position as interim CEO pending a national search for a permanent replacement. Also, the company released early results for the first quarter, including revenue of $530 million to $532 million and adjusted earnings of $0.13 to $0.14 per share. Snyder's-Lance thinks that full-year fiscal 2017 revenue will be between $1.2 billion and $1.25 billion, down from its previous range of $1.25 billion to $1.29 billion. Adjusted earnings were similarly hit, with the new range of $1.05 to $1.20 per share off $0.22 to $0.27 per share from its previous guidance. Without improvement, shareholders might be disappointed all year with Snyder's-Lance results. 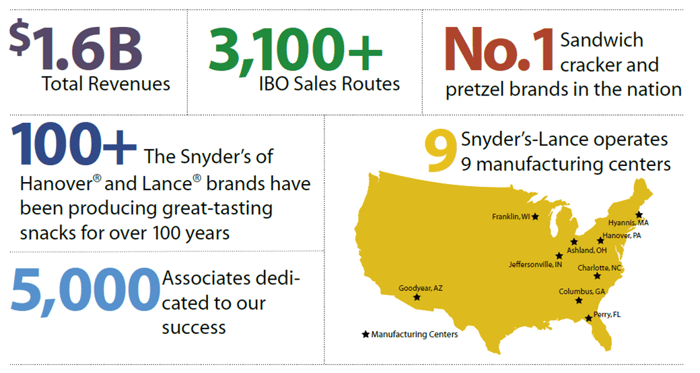 Incyte gets bad news from the FDA

Incyte stock dropped 10% in the wake of the company's rheumatoid arthritis drug getting rejected by the U.S. Food and Drug Administration. The company and partner Eli Lilly (LLY 1.11%) announced late last week that the FDA had issued a complete response letter for baricitinib, a once-daily oral treatment for rheumatoid arthritis. Regulators asked for additional clinical data to address safety concerns, but Incyte and Lilly disagree with the FDA's conclusions. Eventually, the two companies will have to decide on the timing of any resubmitted information, but Incyte had a lot at stake with the treatment and therefore arguably has more to lose than Lilly from its potential failure.

Finally, shares of Tenet Healthcare finished down 8%. The hospital company's stock dropped in the wake of negative news from industry peer HCA Holdings (HCA -0.14%), which warned that its revenue and earnings would come in below the consensus figures among analysts following the stock. HCA told investors that a greater reliance on government healthcare programs like Medicare was negative for its profits, in part because such programs tend to make smaller reimbursement payments and therefore are less lucrative for companies like HCA and Tenet compared to other funding sources. With so much uncertainty in the healthcare field given the tenuous status of the Affordable Care Act and attempted changes to the legislation, Tenet could see further pressure until policymakers reach some final resolution.