Raymond James recently downgraded Sierra Wireless, but this Fool thinks a price drop is an opportunity.

Sierra Wireless (SWIR) stock had climbed as much as 90% this year, but a recent downgrade from Raymond James analyst Steven Li appears to have put the brakes on its rally. Shares of the Internet of Things company dropped 6.7% on March 27 after Li downgraded the stock to "market perform" from "outperform," citing margin pressure due to recent high-volume design wins. The stock has dropped about 10% since then.

What's confusing is that the analyst boosted his price target by almost 27% despite the downgrade. He bumped his price target from $23.50 to $30 and the stock closed April 13 at $25. The seeming contradiction in Li's actions suggests he is dialing down his enthusiasm around Sierra Wireless after its impressive run this year. But this could be an opportunity for savvy investors to get into the stock.

Sierra Wireless' latest results show that it's been managing its expenses impeccably by adopting margin-accretive programs to drive earnings growth. In fact, its gross margin has improved considerably over the past year, thanks to lower cost of goods sold. 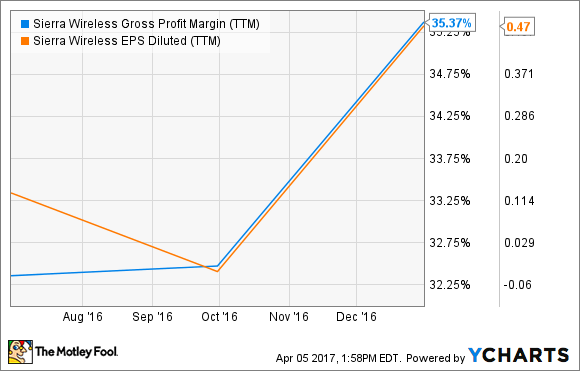 Sierra shaved $14.4 million off its cost of goods sold last quarter by renegotiating intellectual-property licensing agreements, along with lowering contract manufacturing costs. Lower failure rates of its products are also adding to the gross margin because of reduced warranty costs.

The good news for investors is that Sierra's cost-management programs are driving its bottom line, allowing it to beat Wall Street's earnings expectations by huge margins in each of the past four quarters. What's more, the company could trump the market's expectations once again in the current quarter, as the midpoint of its $0.13 to $0.20 earnings-per-share guidance is well ahead of the $0.12 expectation.

It is not yet clear how Sierra Wireless' contract wins will affect its margins, but it wouldn't be right to downplay the company's prospects, since it's a play on the Internet of Things. The company is trying hard to corner a bigger share of the IoT market in different ways, opening up new revenue sources that should ideally lead to higher earnings in the long run. 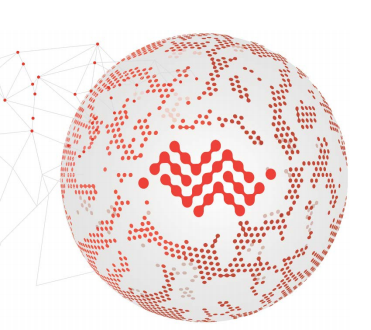 For instance, Sierra Wireless just spent $3.2 million to acquire the global navigation satellite system business of GlobalTop Technology, paving the way for its entry into a potentially $5 billion market. In addition, the company is trying to cut its teeth in the connected-car market and has already landed a significant customer in the form of Volkswagen.

The German automaker is set to use Sierra Wireless' high-speed cellular modems to enable cloud connectivity in its cars and provide services such as remote diagnostics, maintenance, and over-the-air software updates. This contract could be a big one for Sierra, as Volkswagen, the largest automaker in the world in terms of sales, moved 10.3 million units last year, and could start contributing to its revenue in 2018, once deployment begins.

Meanwhile, drones could be another potentially fertile ground for Sierra as unmanned aerial vehicle company PrecisionHawk is going to use the former's AirPrime MC Series embedded modules for LTE connectivity. Sierra's modules will allow PrecisionHawk to enable drone traffic management and safety using mobile data, giving it a leg up over the existing radar and surveillance methods that are ineffective at tracking or locating drones.

This is another big opportunity for Sierra, as Markets and Markets pins the unmanned aerial vehicle market at $28 billion by 2022, clocking annual growth of over 13%. Therefore, it's evident that Sierra Wireless is pursuing opportunities in several high-growth markets that could boost its revenue and earnings in the long run, so investors shouldn't press the panic button after the Raymond James downgrade.