This satellite telecommunications company is taking steps to right the ship, but should investors bet on it?

Globalstar (GSAT -4.22%) has been growing its total sales, but still struggles with its bottom line. 2016 revenue increased 7%, but another round of financing could be needed to keep things afloat, as operating margin is still deep in the red. The company is making some headway, but time could be running out for the satellite communications provider.

A hole that keeps getting deeper

After flirting with profitability early in the year, Globalstar dropped a bomb on investors in the fourth quarter. The company reported a quarterly $16.8 million loss on operations and a net loss of $117.2 million, returning the company to a long-term trend of red. 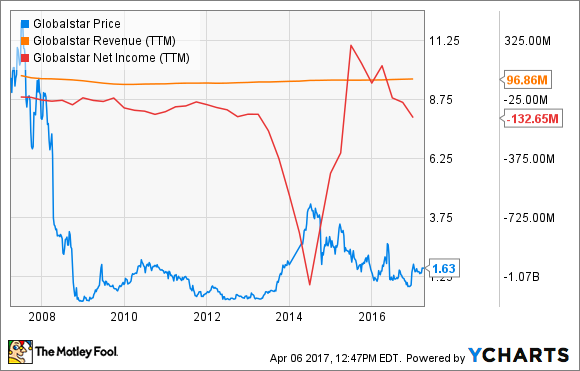 Even though revenue has kept increasing, the bleeding has continued as operating costs keep going up and the company continues to pay for its next-generation satellite array it put into orbit back in 2013. There is no end in sight for this trend, either, as Globalstar stated in its 2016 annual report.

In light of the situation, management said during its last conference call that financing will need to be raised later this year. CEO James Monroe noted that's also something Globalstar has gotten good at, having raised $1.5 billion in capital since 2004. The type of financing, who will provide it, and the final amount has yet to be determined, but history provides some clues as to what could happen next.

Borrowing money from the parents

Monroe said on the conference call that, while lending hasn't been finalized, the senior lenders for Globalstar are very supportive of its plans. One of those senior lenders is Thermo Companies, which he said is committed to participating in this round of financing as well, as it will be used to pay off debt and increase equity value.

Thermo Companies is a private conglomerate that owns over half of Globalstar's shares as well as most of the company's debt. That puts it squarely in control of Globalstar, with the ability to elect the board of directors and vote how it sees fit on other business matters. It also just so happens that Monroe is not just CEO of Globalstar but of Thermo as well.

With such a large stake in Globalstar, it would make sense that Thermo pursue another equity or equity-linked funding option to continue to add to its position. With Globalstar's stock flirting with penny stock status and at multiyear lows, this would obviously be beneficial for Thermo, as it would gain more ownership at bargain-basement prices, but would dilute ownership for other owners of the stock. 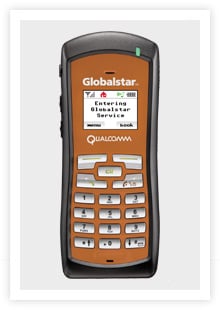 In spite of its dire financial situation, Globalstar still has hope. Its satellite array recently won approval for use as a land-based wireless network extension service for companies like Sprint. A partner in the U.S. is being sought to help exploit the newfound use of its satellites.

The company also announced a planned partnership with bigger satellite service provider Inmarsat to cross-sell products and service in an attempt to better serve clients. Both companies have holes in their coverage, so teaming up is a complementary endeavor and could help increase the number of potential customers globally.

The question, though, is whether Globalstar will survive long enough to play its aces. There is a good chance that it will endure, kept alive on life support by Thermo until it squeezes as much profit as possible out of its investment. However, the business's financing and business structure point to it being a poor long-term investment.