Please ensure Javascript is enabled for purposes of website accessibility
Log In Help Join The Motley Fool
Free Article Join Over 1 Million Premium Members And Get More In-Depth Stock Guidance and Research
By Brian Feroldi - Apr 19, 2017 at 8:21AM

The past year hasn't been kind to shareholders of Alexion Pharmaceuticals, Opko Health, and Novo Nordisk. Do their stocks hold value today, or should they be avoided?

The S&P 500 might be flirting with all-time highs, but that doesn't mean that every stock has benefited from the prosperity. In fact, several healthcare stocks like Alexion Pharmaceuticals (ALXN), Opko Health (OPK 0.38%), and Novo Nordisk (NVO 3.40%) have taken a drubbing over the past year. Do their discounted prices make them worth buying? Let's take a closer look. 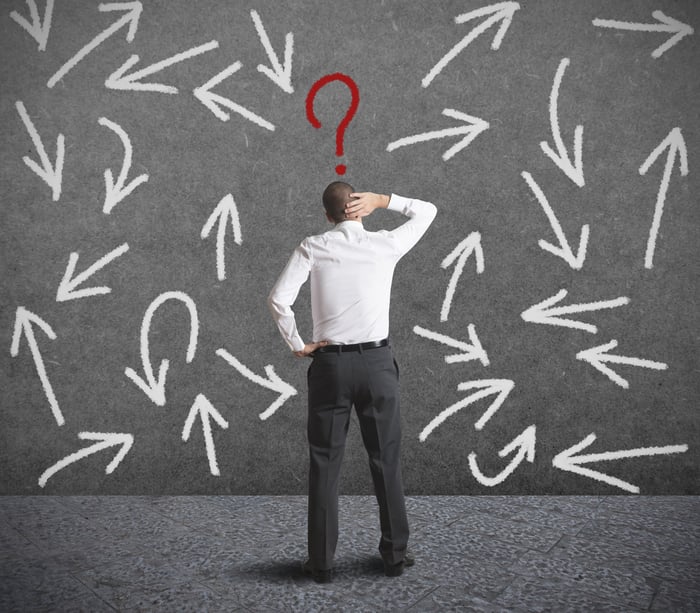 Investors in rare-disease focused Alexion Pharmaceuticals have faced numerous setbacks that have resulted in a collapsing share price. From disappointing clinical trial results to allegations of fraud that lead to a few executives being shown the door, it isn't hard to figure out why shares have dropped 23% over the past year.

Despite all of the negativity, Alexion's business continues to hum along. Last year the company's top-line rose 18% to more than $3 billion thanks to healthy growth in Soliris and increasing demand for Strensiq and Kanuma. Management expects the good times to continue and is guiding for double-digit gains in revenue and EPS for 2017. When combined with the waning share price, the company's board even gave the go-ahead on a $1 billion share repurchase program.

While the executive shuffle doesn't exactly inspire confidence, Alexion's business continues to impress me. Rare disease drugs are extremely profitable, and the likelihood of competition developing in these niche areas is slim. With shares trading around 23 times the midpoint of management's full-year guidance range, I think there is reason to believe that Alexion's stock could be a bargain.

Investors in Opko Health had to stomach a punishing drop earlier this year after the company reported disappointing late-stage results for its experimental human growth hormone product. Opko's drug failed to demonstrate a statistically significant change in trunk fat mass when compared to placebo. That was seen as a major setback for the company since its partner Pfizer would have had to pony up millions in milestone payments had the trial succeeded and led to FDA approval. The disappointment has caused shares to fall more than 33% over the past year.

Does this failed trial blow a hole in the bull case for Opko's stock? I don't think so. While it was certainly a setback, Opko already has several other products on the market that are poised to drive strong revenue growth from here. This includes the company's 4Kscore prostate cancer test, which is rapidly gaining reimbursement access. Opko's newly launched drugs Varubi and Rayaldee --  which treat chemotherapy-induced nausea and hyperparathyroidism in chronic kidney disease, respectively -- also look poised for rapid market share gains from here.

Finally, Okpo's management team isn't convinced that its human growth hormone product is dead in the water, either. The company believes that a few outliers in the placebo group might have impacted the trial's result. In response, they said they plan on moving forward with Pfizer to seek approval.

In total, there's ample reason to believe that Opko still has a bright future ahead. If you agree, then picking up shares while they are still on sale might prove to be a savvy move.

The reimbursement squeeze is on

Given the growing prevalence of diabetes, you might be surprised to see that the Danish drug giant Novo Nordisk made its way onto today's list. However, Novo Nordisk has actually the worst performing stock of this group. Shares are down more than 35% over the past year.

What can explain the drubbing? Novo's shares have been sinking because insurance companies have been pressuring insulin makers to reduce their prices in order to remain on formularies. Given the healthy competition from companies like Eli Lilly and Sanofi, Novo has been forced to play ball with its legacy products. That has put the squeeze on margins, so management cut the company's long-term operating profit growth target guidance from 10% down to 5%. Wall Street wasn't pleased with the news.

Thankfully, there are reasons to believe that the longer-term picture for Novo still looks bright. The company's newly launched diabetes drugs such as Tresiba, Victoza, and Ryzodeg are all growing rapidly. Novo also has a few exciting new drugs that should be coming to market soon like Fiasp, an ultra-fast rapid-acting mealtime insulin, and Xultophy, a combination of Victoza and Tresiba. These cutting-edge drugs could help to restore the company's long-term growth profile.

While Novo's beat-down hasn't been fun to watch, it could represent a great buying opportunity for patient investors. Shares are trading around 16 times trailing earnings, and the company's dividend yield has been pushed above 3%. Those are attractive numbers for a company that is still posting growth, so I for one believe that the stock could be a bargain.