The cheap chic retailer's stock has plummeted as it's fallen behind its competitors. At some point, management needs to be held responsible.

Target Corporation (TGT -2.35%) seems to have gone from one catastrophe to the next in recent years.

A 2013 data breach affected more than 70 million customers and dampened sales over the subsequent quarters. That was followed by the company's decision to end its ill-fated expansion in Canada in 2015, which resulted in a massive $5.4 billion writedown. More recently, the company's decision to allow transgender customers to use the restroom of their choice prompted a boycott among some of its customers. 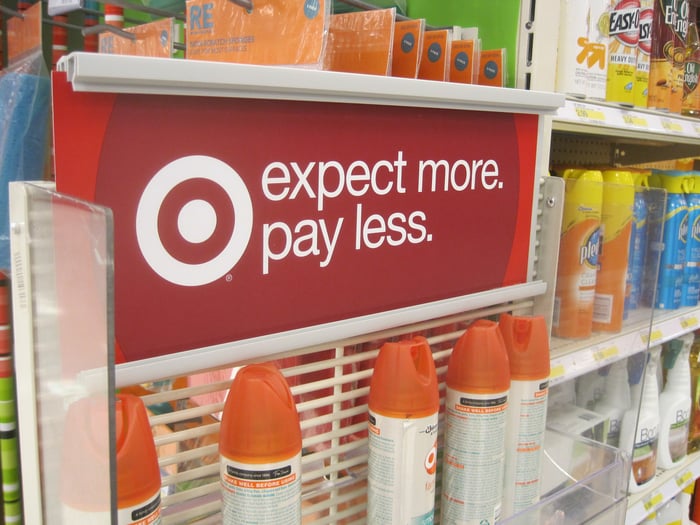 Sales and profits have also fallen in recent quarters, and the stock has gotten punished. 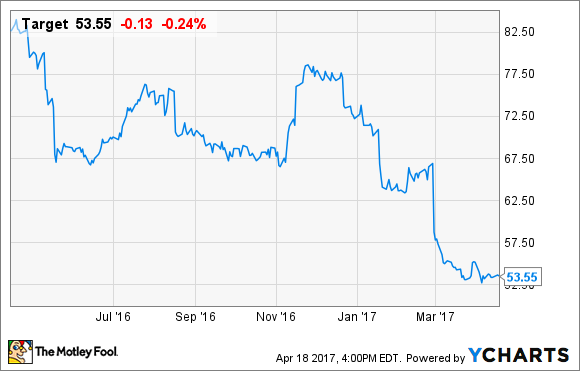 While the broad market trades near all-time highs, Target is down more than a third from its 52-week high, and the stock has been one of the worst performers on the S&P 500 over the last year.

CEO Brian Cornell took the helm of the big-box chain in August 2014, so he was not responsible for the credit card breach in 2013 or the Canadian expansion, though he did make the decision to pull out of Canada. Still, the stock has fallen about 10% during his tenure, and the company's recent performance has left much to be desired. Beyond the backlash over the company's bathroom policy and the stock's slide, there are other signs that Target may be due for a management change. Here are a few.

1. Executives heading for the exits

Only two of the company's 11-member executive team remains from when Cornell became CEO. While rotation among executives can simply signal a company shifting strategy, it's often representative of greater problems, such as disagreements over strategic direction, poor performance, an unpleasant work environment, or even poor compensation.

Many of the recent defections correspond with problem areas for Target. Online sales have lagged behind those of peers and growth has slowed, which likely explains the departure of Chief Digital Officer Jason Goldberger, and the company's grocery strategy has long been muddled as well, leading to excess spoilage. Not surprisingly, grocery chief Anne Dament, who was one of Cornell's first big hires, left the company last November after just 18 months in the position.

Comparable sales, which strip out the  effects of new stores, are one of the best measurements of a retailer's performance. However, comparable sales at Target have fallen for three straight quarters after seven consecutive quarters of growth. In the key fourth quarter, store-based comparable sales dropped 3.3%, though overall comparable sales were only down 1.5% due to a 34% increase in digital sales.

Management's guidance for the current year was also underwhelming. It sees low-single digit decline in comparable sales for 2017 and low-to-mid single digit decline in comparable sales for the first quarter. While the retail sector has struggled with the loss of customer traffic as e-commerce becomes more popular, Target's rivals like Wal-Mart (WMT -1.33%) and Costco Wholesale (COST -1.65%) have managed to deliver consistent comparable sales growth. Wal-Mart has overcome challenges to deliver nine straight quarters of comp sales growth, and the popularity of Costco's membership model has proven to be enduring.

Cornell came on to replace former CEO Gregg Steinhafel, whose tenure ended after the data breach disaster. At first, the stock responded favorably to Cornell's strategy, but the recent decline in sales and profits has pushed the stock into the red.

Cornell responded to the challenge by introducing a new strategy and financial model at the most recent earnings call. The strategy includes lowering prices to make the store more competitive with Wal-Mart and other peers, a move that will cut into profits. Cornell has said the company needs to do more to fulfill the second half of its slogan, "Expect More. Pay Less."

At the same time, however, the company plans to refurbish 600 stores and open 100 smaller stores by 2019. In many ways, the strategy mimics Wal-Mart's decision in 2015 to invest in lower prices, higher wages, and cleaner stores, which cost it on the bottom line but has boosted sales. Target doesn't have the same economies of scale or other advantages that Wal-Mart has, though.

At the Shoptalk retail industry conference a few weeks ago, Cornell's presentation stood out for being focused on brick-and-mortar retail rather than new technologies. The company's plans to open new stores runs counter to the trend in much of the retail industry, which is either closing stores or scaling back on new locations.

Cornell's future with Target may be riding on the outcome of his turnaround strategy. With less than three years at the helm, the board is likely willing to give him some more time to return the company to growth, but if cutting prices and sprucing up stores fails to bring customers in the door, it could be time for the board to show him the door as well.