In the last 10 years, Amazon has gone full circle in the book world.

In 2007, Amazon.com (AMZN 1.42%) launched Kindle, a revolutionary e-reader, ramping up pressure on traditional bookstores. Borders folded in 2011 and Barnes & Noble has steadily been closing bookstores in recent years as book-buying habits changes.

Now, Amazon is opening its own bookstores.

On the surface, Amazon Books stores are big advertisements to point customers to the Amazon website. There are six Books stores so far (in California, Illinois, Massachusetts, Oregon, and Washington) and six more planned (in California, New Jersey, New York, and Washington). Amazon Books employees reportedly seem to be equally satisfied if customers download the Amazon mobile app on their smartphone and use it, as opposed to actually walking out of the store with a purchased book.

But there are several reasons that brick-and-mortar bookstores make sense on their own for the e-commerce titan that's trying to sell as much as possible to people in all the places they are buying. 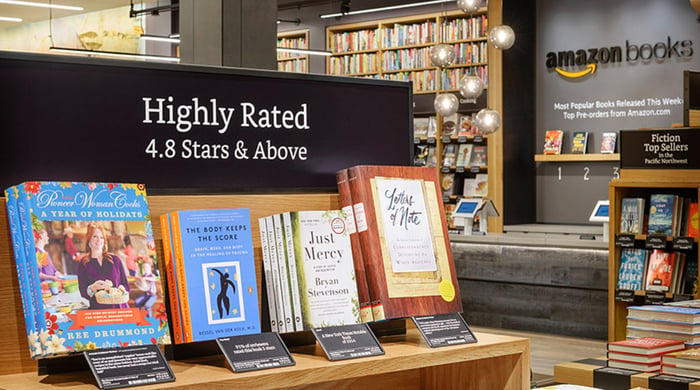 Brick-and-mortar stores weren't part of the game plan as Amazon grew online sales to more than $120 billion, putting pressure on other retailers (including bookstores) in the process. Now, however, consumers are seeing the bookstores as well as the Amazon Go convenience store being tested and hearing rumors of Amazon moving into the brick-and-mortar world of furniture, appliance, and electronics sales. The bookstores have gotten a lot of press.

We can't know for sure what Amazon management is really thinking with these bookstores, but I think Amazon is trying to cover all of its bases -- showing it's equally interested in serving customers online and in physical stores. Just as Amazon is blanketing the U.S. with fulfillment centers in order to speed the delivery time to customers, so, too, do these bookstores serve as a small part of the company's overall effort to get closer to customers.

Even with the growth of e-commerce, online retail sales still make up less than 10% of total retail sales in the U.S. It is unrealistic that 100% of retail will be e-commerce so there will always be those who favor the in-store experience over shopping online.

Also, according to Nielsen, the percentage of e-book buyers who use a dedicated e-reader has fallen from 70% in 2011 to 24% as of the second quarter of 2016. 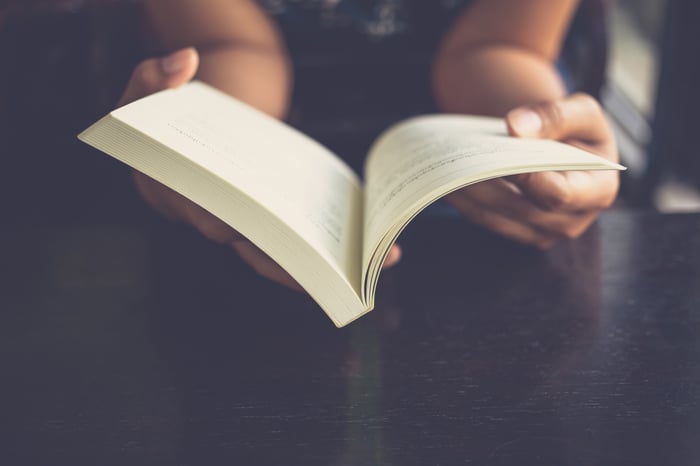 One explanation for the drop-off in e-reader usage is the lack of innovation with e-reader devices. Amazon hasn't offered a meaningful improvement for Kindle users since the introduction of Kindle Paperwhite in 2012.

In light of the trend in favor of print books and independent bookstores, it makes sense that Amazon would meet book buyers in-store and online, with print books and e-books -- whatever customers want. According to marketing firm Shoptology, two-thirds of book buyers purchase online, and one-third purchase in-store, and that number has not been changing.

3. Amazon can leverage what it knows

Amazon has a treasure trove of data. Almost every book stocked in an Amazon Books is rated at least four stars among Amazon.com customer reviews. Amazon also has deep knowledge of what sells and what doesn't based on the many transactions on its website. Amazon can therefore stock just the right mix of books that are selling well in each local market.

Another advantage for Amazon Books is that Prime members pay the same price for books in store as they do online, and those prices are cheaper than traditional bookstores.

Amazon is also bringing a fresh approach to how books are displayed. Books are displayed on shelves with the cover facing out instead of the spine, which may attract customers to browse sections or flip through books they otherwise wouldn't have noticed. Amazon says it places the covers facing out so that "each [book] can communicate its own essence."

In the end, Amazon Books is just another page in Amazon's playbook to get closer to customers and dominate the retail industry -- in all its forms.