The Federal Trade Commission is warning people about an easy-to-fall-for scam involving "emulators."

Nintendo (NTDOY 0.18%) has created a sensation with its new game console, the Switch, partly because it's in such short supply, making it very hard for consumers who want one to get one.

That has created a healthy secondary market for the hybrid system that works both attached to a television and as a portable tablet. Buying a Switch anywhere other than at an authorized retailer has its risks, though. Many online marketplaces that allow sales from third-party sellers offer a money-back guarantee, but some do not.

But for consumers who want Nintendo's latest console, getting taken by a seller isn't the only thing to watch out for. Scammers are offering access to emulators that allegedly let you run Switch games on your desktop computer. The problem is that Nintendo does not offer a Switch emulator, and the people who are trying to sell, or even give you one have bad intentions, according to a warning from the Federal Trade Commission (FTC). 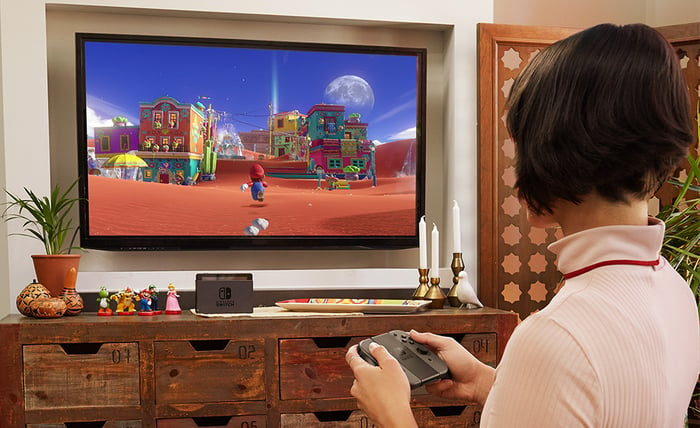 Nintendo has sold pretty much every Switch it has been able to produce: Image source: Nintendo.

What is the emulator scam?

Switch has been a difficult console to get a hold of. Since its launch, it has basically been out of stock at all major retailers, and when there is inventory, the company has smartly packaged it into pricey bundles rather than offering the $299 base model.

Because of the scarcity of the console, which is expected to be in limited supply for the entire year, according to BGR, people are perhaps more open to exploring shady alternative channels to play some of its proprietary games. An emulator is a program that allows you to play a console or arcade title on your computer. There's nothing specifically illegal about emulators themselves and a number of authorized ones exist for older classic titles.

In Nintendo's case, however, the company does not have a legal emulator and takes a very strong stand about them, saying on its website:

The introduction of emulators created to play illegally copied Nintendo software represents the greatest threat to date to the intellectual property rights of video game developers. As is the case with any business or industry, when its products become available for free, the revenue stream supporting that industry is threatened.

It's also important to note that while downloading an emulator seems like a harmless enough (albeit illegal) way to get access to games, that's probably not what's going to happen. "When you try to download a Nintendo Switch emulator, you can install unwanted applications on your computer," wrote the FTC. "These apps give you misleading information about computer problems that aren't really there, then ask you to pay to fix them."

Why is the Switch a target?

To some extent, all proprietary video games can be used in an emulator scam. In the case of games for Nintendo's Switch, the scarcity of the console makes people desperate to try the new Legend of Zelda game, the latest Mario Kart, and other new titles that are exclusive to the new system. That may convince people who otherwise would never consider attempting to play them illegally to attempt to do so. And, of course, there's also a percentage of the public that wants to play Switch games that simply has no idea the offered emulator is not a legally authorized Nintendo product.

For Nintendo, while it's early in the product lifecycle, Switch looks to be a console that could mirror the success of the original Wii. It's not really a rival for Xbox One or PlayStation 4, the current top-tier gaming systems; instead it's a system aimed at families and casual players.

In its first month on sale, Nintendo shipped 2.4 million Switch units, according to independent market research firm SuperData. And judging by the lack of consoles available at retail, likely sold them all.

Because of that first-month success, SuperData has revised its full-year 2017 sales estimate to 7.2 million units, up from an earlier estimate of 5 million units.

With Switch, Nintendo has what appears to be a major success, a product that will keep it in the console business when its predecessor Wii U looked like it might knock the company out of that space. The problem is that lack of inventory, which Nintendo may have at first done intentionally to make the console appear like the hot new thing, opens up doors for scams like this one. Nintendo can fix this by ramping up production and getting more consoles onto store shelves