LPW Technology, Ltd., which develops and produces metal powders and provides related solutions for industrial metal 3D printing, announced earlier this month that it had received a strategic investment from Stratasys (NASDAQ:SSYS), which, along with 3D Systems (NYSE:DDD), is one of the two largest diversified 3D printing companies.

No terms of the deal were announced. LPW's founder and CEO Phil Carroll, who holds a PhD in metallurgy, retains a controlling stake in the U.K.-based company, which also has a United States subsidiary located in Pittsburgh. 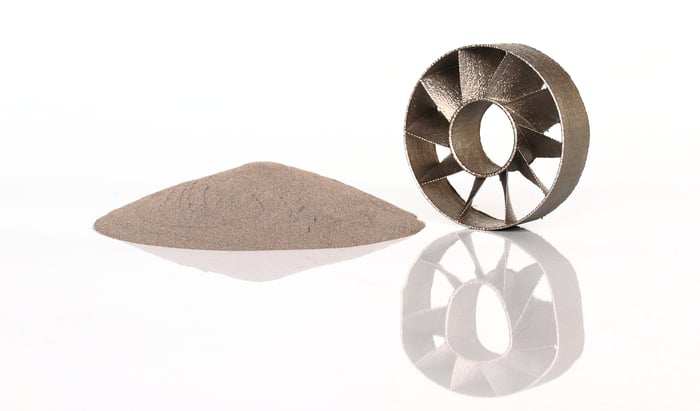 LPW develops, produces, and sells a wide array of metal powders, both off-the-shelf and custom, for use in metal 3D printing. Powders are certified to meet applicable industry standards. They're produced using a range of technologies and can be used in several types of metal 3D-printing techs, including selective laser melting, electron beam melting, and laser metal deposition.

In addition, LPW provides related products and services. It develops new alloys, provides application advice, provides powder analyses, and sells a reportedly unique powder life-cycle management system. Among other benefits, its PowderLife system enables tracking of powders through their life cycle. Tight quality-control measures, including powder traceability, are especially important in industrial metal 3D printing because many of the parts that are being printed have critical end uses, such as for aircraft engines and orthopedic implants.

The company -- which was founded in 2007 -- touts in the press release and on its website that it's a market leader in its niche. It targets these markets:

LPW sells its products and services to original equipment manufacturers and Tier 1 suppliers throughout the world. In recent years, the company has expanded beyond Europe. In 2014, it opened its U.S. subsidiary, LPW Technology, Inc. It's also forged partnerships in the Asia-Pacific region. Over the next two years, LPW plans to invest more than 20 million pounds, or more than $25 million, "focused on establishing new facilities in both the UK and US, further developing LPW's PowderLife and other processing solutions," Carroll said in the press release. 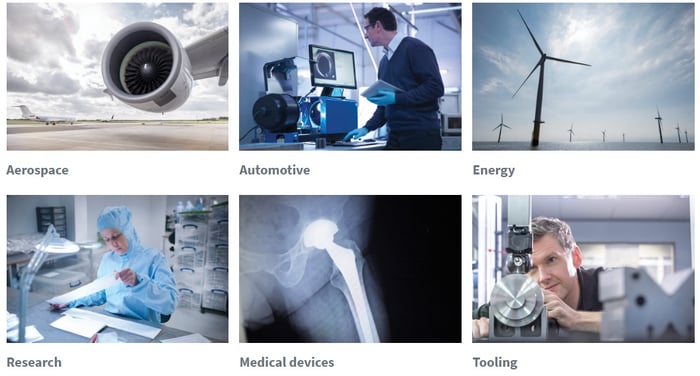 Why this was a smart move for Stratasys

Stratasys' investment in LPW was a good move, in my view. Metal 3D printing has been the fastest-growing space within the 3D printing sector for some time. This alone is a reason for a diversified industry leader like Stratasys to have a solid exposure to metals. Stratasys does not make metal 3D printers, though it has offered metal 3D printing in its on-demand services operation since 2014 when it acquired two 3D printing service bureaus.

3D Systems does make 3D printers that print in metals, though its business is rather small, and also offers metal 3D printing in its services operation. Based on comments made on the third-quarter 2016 earnings call, we can probably assume that 3D Systems' metal 3D printing product business still accounts for less than 10% of its total business.

The entry of General Electric into the metal 3D printing supply business at the end of last year validates this as a particularly attractive business. In a combined deal worth approximately $1.3 billion, the industrial titan bought a controlling stake in two European metal 3D printing companies, with a goal of generating $1 billion in 3D printing revenue by 2020. To provide some context, Stratasys and 3D Systems generated revenue of $672.5 million and $633 million, respectively, in 2016.

Since metal 3D printing has been the fastest-growing space within the 3D printing realm, it seems a no-brainer that a leading company such as Stratasys, which doesn't have that much exposure to metals, would want to increase its exposure to this attractive space when the right opportunity or opportunities came along. We don't know the size of Stratasys' investment into LPW; if it's somewhat substantial, it doesn't seem likely Stratasys will make any further moves into metals, at least not for a while. If it's not that substantial, investors might see Stratasys make additional small steps into the metals arena.