ImmunoGen (NASDAQ:IMGN) is up 11.7% at 11:52 a.m. EDT after an analyst at Leerink upgraded the biotech to outperform and slapped an $8 price target on the stock.

ImmunoGen has been on a tear over the last few months, up 78% year to date. As we often see with biotechs, investors left ImmunoGen for dead last year without any impending catalysts, and are buying back in now, with the company expected to release data this quarter. 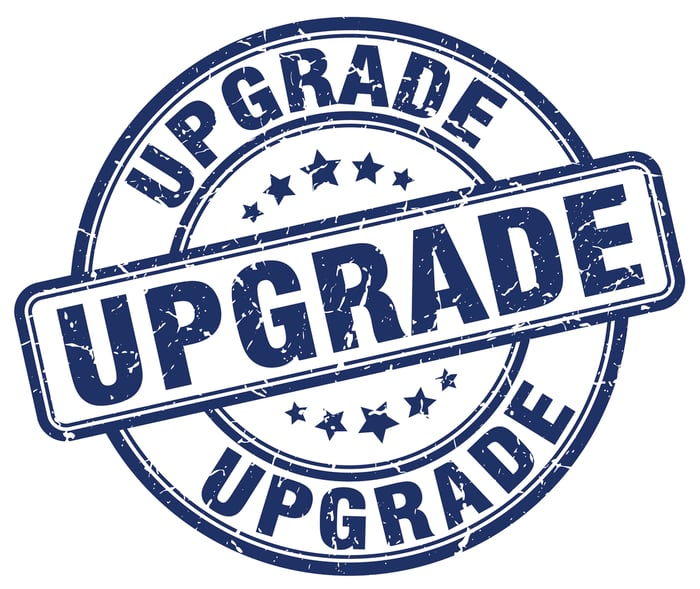 The data will come from a phase 1b/2 trial called FORWARD II, which is testing ImmunoGen's lead drug mirvetuximab soravtansine in combination with Avastin, carboplatin, Doxil, or Keytruda. Investors can also expect pooled data from multiple phase 1 trials testing mirvetuximab soravtansine as a monotherapy in patients with ovarian cancer. Some of that data will include patients taking steroid eye drops to manage a side effect of the drug.

All of that data should help investors get a better picture of how ImmunoGen's phase 3 FORWARD I trial in patients with platinum-resistant ovarian cancer will turn out. Data from the FORWARD I trial is still a few years away from being available, so any boost in confidence should go a long way toward holding up ImmunoGen's valuation until it's clear whether mirvetuximab soravtansine can be approved by regulators.

It's back to waiting. If management sticks to its timeline of releasing data this quarter, investors will get the data they're looking for in the next 2 1/2 months -- but hopefully, earlier.