The oil-field technology company sees the recovery in its results accelerating next quarter.

Core Laboratories (CLB 3.15%) has long been anticipating a "V-shaped" recovery in the oil market and its financial results. That recovery appeared to start last quarter, when its results bounced after bottoming out during the third quarter. Meanwhile, the company thought seasonality and higher taxes would hold back its financial results this quarter despite rising oil and gas activities. However, it turned out that not even those headwinds could keep the recovery at bay, as Core easily beat its guidance. Meanwhile, the company anticipates that the recovery in its results will accelerate in the upcoming quarter and continue gaining momentum throughout 2017. 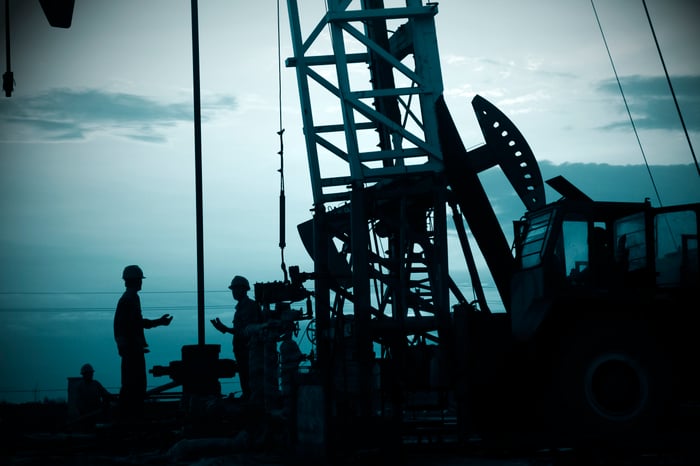 Core is benefiting from increased U.S. onshore activity and expects revenue and operating income to increase further in 2017 as international and offshore markets improve with additional major capital project announcements. Core expects its deepwater revenues, which are currently 15% of the total company revenue, to bottom in the second half of 2017. Activities relating to new project announcements that should drive Core's revenue higher in consecutive quarters throughout 2017, further expanding incremental operating margins.

As Core notes, its results are just in the early stages of recovering because the deepwater market hasn't yet hit bottom. However, it sees that recovery on the horizon because of the start-up of recently announced major projects.

One such project is the Deepwater Gulf of Mexico II joint industry project, in which the company will characterize several reservoirs in the deepwater Gulf of Mexico. Its aim is to quantify the reservoir quality in the study area so that oil companies will have a better grasp of the oil and gas potential in the region.

As a result of the start-up of major projects and the continued acceleration of shale drilling, Core Labs expects its business to improve further in the second quarter. The company anticipates that revenue will rise to a range of $165 million to $170 million, while earnings per share should increase to a range of $0.48-$0.52 per share. With that earnings recovery under way, Core Labs expects to restart its share-repurchase program during the quarter, which could add more fuel to earnings growth in future quarters.