Oil and gas drilling services company Helmerich & Payne got hit by falling energy prices, but it's ready for the upturn.

Helmerich & Payne, Inc. (HP -1.65%) serves the oil and gas drilling industry. Since about mid-2014, when oil prices started to plunge, energy has been a tough business. But the outlook for the oil industry is starting to brighten and Helmerich has a solid financial foundation. Put the two together and it looks like better days are on the horizon.

One of the most notable things about Helmerich & Payne is its conservative balance sheet. Debt makes up roughly 10% of the company's capital structure. That's low on an absolute basis, but it is also low relative to its major peers. For example, debt makes up roughly 50% of the capital structure at both Nabors Industries (NBR -4.87%) and Precision Drilling Corp (PDS -1.48%). 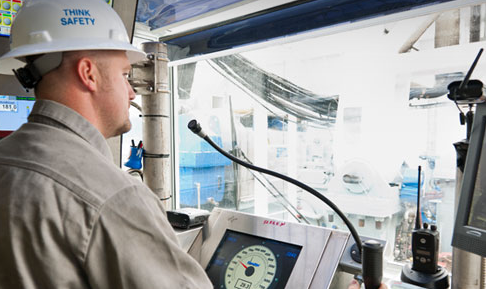 Helmerich & Payne's current ratio, a rough measure of how well a company could pay its near-term bills, of roughly 5 is also impressive and industry leading. Nabors' current ratio is around 1.4. Precision Drilling's current ratio is better at 2.8. And Patterson-UTI Energy, Inc. (PTEN -4.37%), where long-term debt is just 20% of the capital structure, has the worst current ratio of this grouping at roughly 1.07.

The takeaway here is that Helmerich & Payne is conservative on an absolute basis and on a relative basis. That helped it survive the deep drilling downturn that started in mid-2014 in relative stride. For proof of that, you only need to look at the company's dividend history. Helmerich & Payne's dividend has increased each year for 44 years -- including through the recent downturn. Peers don't even come close to that record. 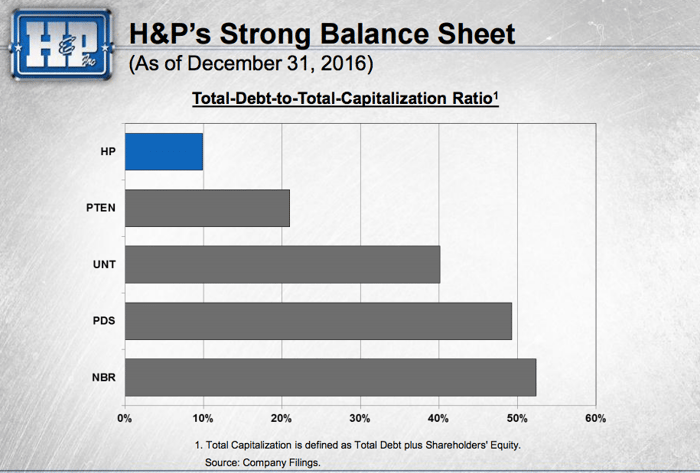 So Helmerich & Payne is financially prepared for the worst, which is a good call in an industry that's highly cyclical. But that financial strength also means it's ready to take advantage of the next upturn. And there's mounting evidence that the next upturn is getting closer.

For example, the company's onshore U.S. fleet utilization increased nearly 25% between the end of fiscal 2016 and the first quarter of 2017. To be fair, at 31%, utilization is still at a pretty low point. But if you can take a glass half full view of things, that means there's lots of upside potential as drillers get back to work. 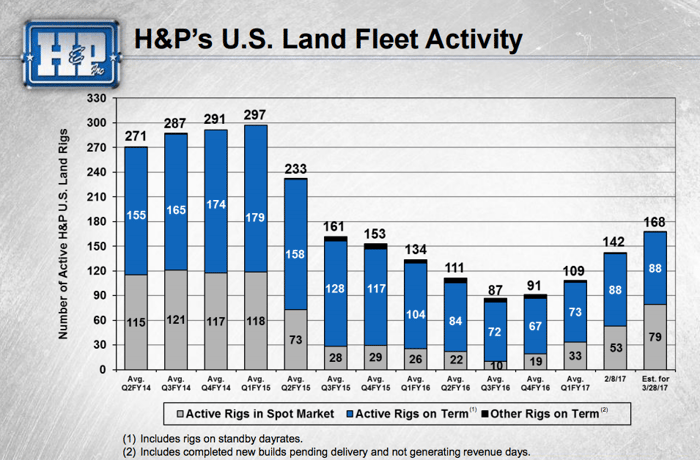 That uptick is early evidence that drillers are, indeed, starting to drill gain. But there's anecdotal evidence, too, with industry giants like ExxonMobil and Chevron, among others, increasing their spending plans in the onshore U.S. oil space. If this spending takes place, demand for onshore drilling rigs and services will keep picking up. That, in turn, should translate into improving utilization and financial results for Helmerich & Payne.

Helmerich & Payne weathered the oil downturn that started in mid-2014 with relative ease. An important piece of that was the company's rock solid balance sheet. Now that the company is starting to see an uptick in demand the future is likely to be far brighter than the recent past. In fact, even another pullback would be unlikely to derail this financially solid oil and gas services company. In other words, we've seen the worst... and it looks like it can only get better from here.