Wireless competition is starting to chip away at Big Red's dominant position.

Both the wireless and wireline businesses are under pressure, underscoring why the company is openly interested in merger and acquisition possibilities as avenues for growth. 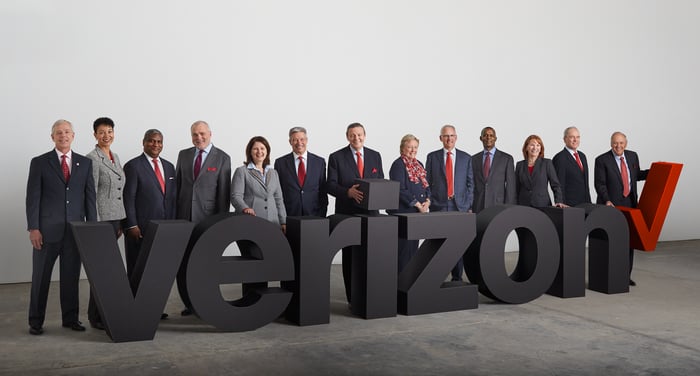 Our first-quarter results again demonstrated that customers value a high-quality network experience. To build on our loyal customer base and the third-party recognition we have received for network leadership, we extended our wireless and fiber network capabilities, began offering a new unlimited pricing option and expanded our opportunities in new markets. We're executing on strategies to capture future growth and create long-term shareholder value.

In terms of guidance, Verizon expects full-year 2017 revenue to be comparable with 2016, and believes that wireless service revenue and equipment revenue trends will improve. Adjusted EPS should also be "similar to consolidated revenue trends." The company reiterated its capital spending forecast that was provided last quarter, and it should be in the range of $16.8 billion to $17.5 billion. Verizon also said that it remains on track to regain its credit-rating profile (from before buying out Vodafone's stake in 2014) by 2018 to 2019.