Please ensure Javascript is enabled for purposes of website accessibility
Log In Help Join The Motley Fool
Free Article Join Over 1 Million Premium Members And Get More In-Depth Stock Guidance and Research
By Jordan Wathen - Apr 20, 2017 at 11:31AM

Virtu Financial will acquire KCG Holdings for $20 per share.

Virtu made a failed bid at KCG Holdings' predecessor in 2012, when Knight Capital Group lost $440 million from a computer glitch. Last month, Virtu made an unsolicited offer to purchase KCG Holdings for $18.50 to $20 per share. 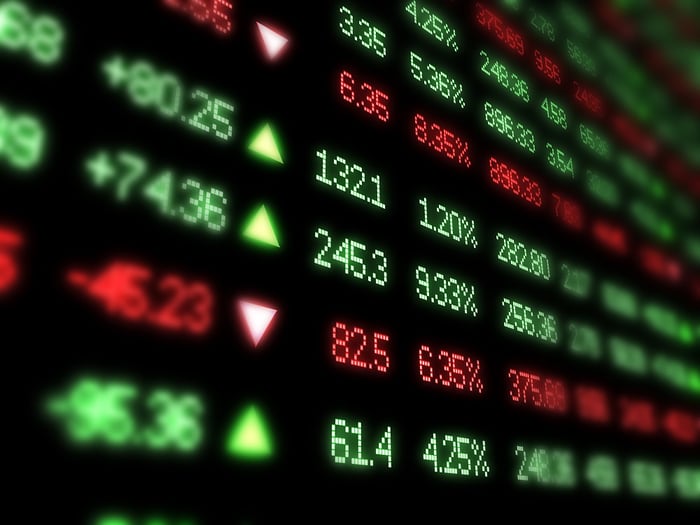 Virtu has had its eyes on KCG since 2012, when KCG's predecessor experienced a massive trading loss due to a computer glitch. Image source: Getty Images.

In a presentation to investors, Virtu Financial explained that the combined company could eliminate $250 million in annual expenses, slightly offset by a $42 million decrease in revenue, for net cost savings of $208 million annually.

In 2019, the company forecast a "base case" in which its acquisition of KCG Holdings would add approximately $147 million to after-tax earnings. Additional cost savings of $10 million to $15 million could be realized from exchange and prime broker fee synergies, according to Virtu's presentation.

Virtu Financial anticipates the acquisition will close in the third quarter of 2017, following KCG stockholder approval and regulatory clearance. At a recent price of $19.74 per KCG Holdings share, Wall Street is valuing the company at a 1.3% discount to the announced acquisition price, a small discount that reflects little perceived risk that the deal falls through.