Suncor Energy (NYSE:SU) has an illustrious history of investing in needle-moving growth projects that deliver tangible returns for investors. For example, over the past five years, the company has achieved 6% compound annual production growth per share, which fueled a 24% compound annual dividend increase and 70% total returns over that same time frame. Meanwhile, more growth is on the way because in-flight projects have the company positioned to deliver 10% compound annual production growth per share through 2019. However, aside from simply investing capital in building new projects, Suncor is taking a smart approach that ensures its money continues to go farther in the future.

No. 1: Buying what it knows

One of the guiding principles of investing legend Peter Lynch was that the best stock to buy was often one you already owned. It's advice that Suncor Energy seems to have taken to heart in recent years, evidenced by the decision to increase its ownership stake in two core oil sands assets: Syncrude and Fort Hills. Overall, the company boosted its Syncrude stake up to 53.74% by acquiring Canadian Oil Sands for its 36.74% stake in the facility and subsequently buying out Murphy Oil's 5% stake. Meanwhile, the company picked up another 10% stake in its Fort Hills project from French oil giant Total, which boosted its stake in that project up to 50.8%. As a result of those purchases, the company now controls majority stakes in both assets, which gives it a larger share of future production and profits. 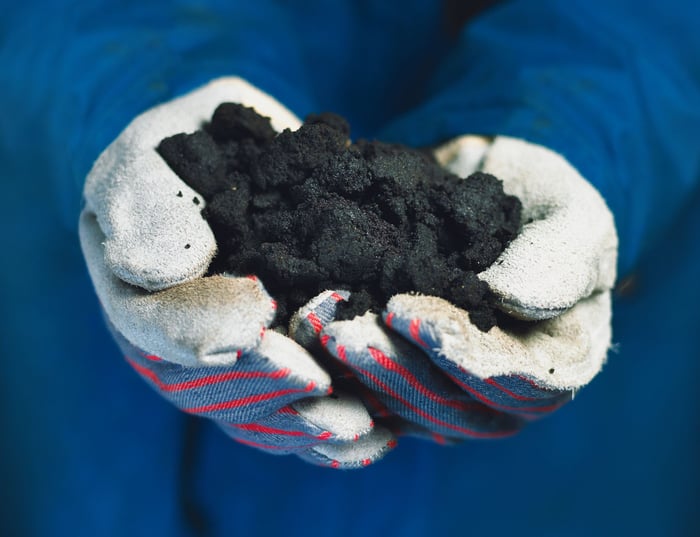 The Syncrude transactions paid immediate dividends for the company, helping it set a new quarterly production record last quarter. Furthermore, the incremental working interests in Syncrude contributed 360 million Canadian dollars in free cash flow last year. Meanwhile, Suncor's decision to boost its stake in Fort Hills project sets it up to collect a larger share of that facility's production and profits when it comes online later this year.

No. 2: Focusing on finding synergies

The other significant benefit that came from increasing its stake in those two assets up to majority positions is that Suncor now has the power to push for change. The company has taken full advantage of this control at Syncrude, and the results have been nothing short of remarkable. Suncor already captured CA$50 million of annual synergies last year, which was double its initial estimate. Meanwhile, the company anticipates that it will extract additional synergies in the years ahead, which could increase the net present value of that facility by CA$2 billion over the life of the project.

For example, Suncor is working on potentially linking Syncrude with its 100%-owned Base Mine, which could lower costs by sharing equipment. The company hopes that these investments will get cash costs below $30 per barrel and optimization up to 90% by 2020, which represents a significant improvement for an asset that had cash costs of $42 per barrel and utilization of 70% in 2015.

No. 3: Cleaning up in more ways than one

Another smart investment by Suncor has been in reducing its emissions. One way the company has done this is by investing in clean energy projects, which includes the development of eight wind farms, the ownership of the largest ethanol plant in Canada, and piloting electric vehicle charging stations in Ontario. These and other moves have helped Suncor reduce its greenhouse gas intensity 55% since 1990.

However, the company hopes to reduce emissions another 30% by 2030. These investments are not only good for the environment but are good for Suncor Energy's bottom line. For example, the implementation of Suncor's energy management systems at its refineries, lubricants plant, and base mine has already reduced energy intensity at those facilities by 2% to 3%, which reduces energy costs. Meanwhile, the company uses co-generation facilities at many of its properties to turn waste heat into electricity, thus saving on power costs. Finally, Suncor has started using solvents to reduce the steam-to-oil ratio needed to extract bitumen at some of its facilities, which cuts water and natural gas usage. These clean tech investments have paid off during the downturn, enabling Suncor Energy to drive down production costs and improve cash flow.

Suncor Energy's aim is to grow shareholder returns over the long term. It's doing that by making smart investments, including the strategic decision to increase the stake in two oil sands properties it already owned, which gave it the control to make additional investments that are driving down costs at those facilities. Meanwhile, it's also making wise investments in clean energy, which are reducing both emissions and costs. These moves should help Suncor continue to deliver meaningful growth for investors in the years ahead.