Nucor Corporation (NUE -1.74%) has reported strong first-quarter financial results, but U.S. steel stocks have fallen recently on worries that pro-U.S. steel policies will fail to win traction. Can the company's momentum continue throughout 2017?

After reporting in January that it sold 14% more tons of steel to outside customers in the fourth quarter of 2016 than in the prior year, Nucor built upon that success in the first quarter. According to management, tonnage sold to outside customers grew 13% quarter over quarter, and the operating rate at its steel mills reached 89%, up from the 80% in Q1 2015. 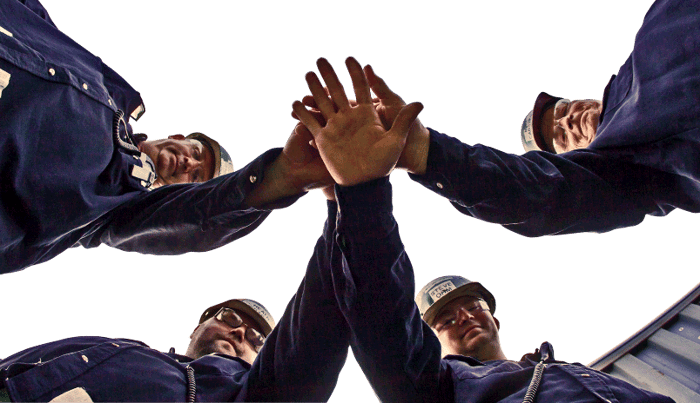 The uptick in total tons shipped to outside customers reflects improving steel demand, but revenue also got a nice booster shot from rising steel prices. In Q1, Nucor's average sales price per ton was up 21%, compared with a year ago, and it was 8% higher than it was in the fourth quarter.

Thanks to a winning combination of higher volume and better prices, first-quarter sales clocked in at $4.82 billion in the quarter, up nearly 30% from Q1 2015.

Leveraging a higher operating rate at its steel mills helped Nucor drop more of its top line to the bottom line. Its cost of goods sold fell to 84% in Q1 from 92% last year, and its earnings per share were $1.11 -- the best level in years. Even better, management thinks that because there's a lag-effect on contract pricing, EPS will be even better in Q2.

Despite a strong quarter for volume and pricing, Nucor's shares have struggled lately because of concern that the pro-U.S. steel policies President Trump has promoted could fizzle out.

On the campaign trail, Trump was a vocal advocate for renegotiating trade deals and scrutinizing steel imports. He also ran on a $1 trillion infrastructure-investment plan that if eventually passed could spur significant demand for U.S. steel.

In the wake of his election, steel stocks such as Nucor unsurprisingly shot higher, but recently, share prices have fallen because Trump has made comments that he might be easier on trade with China -- a notorious steel exporter -- if it helps contain North Korea's ambitions. Steel stocks have also retreated recently because of mounting fear that getting an infrastructure bill through Congress could be tougher than previously thought.

It remains to be seen how tough (or easy) Trump is willing to be with China on trade, but there's some evidence this week that Trump isn't backing away from a pro-U.S. steel policy. Reportedly, his administration is beginning to evaluate the impact of foreign steel imports on national security. If the administration determines that the use of foreign steel puts America's security at risk, then it could lead to restrictions on imports that cause U.S. steel production to jump.

In addition, reviews of anti-dumping cases are ongoing, and depending on their outcome, higher tariffs could increase U.S. steel production, adding even more support to Nucor's outlook.

Finally, the battle for an infrastructure bill on Capitol Hill is nowhere near over, and depending on negotiations, an agreement that leads to passage could help the company's tonnage grow, too.

Ultimately, Nucor's success is tied to higher steel prices, and that creates some uncertainty for investors. However, U.S. economic growth is solid, and that's propping up steel demand from non-residential construction markets and automakers.

Overall, because Nucor is a top-tier steelmaker with improving financials, and its shares offer a nice 2.6% dividend yield, and it's got the potential to see a spike in demand thanks to Washington, I think it's a top industrial-goods stock for investors to buy.