XBiotech (XBIT 2.76%) is down 40% at 1:50 p.m.  EDT after announcing a disappointing outcome from a meeting with European regulators over its colon cancer drug Xilonix, which is reportedly getting a name change to Hutruo although the company just referred to it as a nameless "candidate antibody" in the press release.

The biotech met with regulators at the European Medicines Agency (EMA) to go over outstanding issues with the marketing application for Xilonix, but failed to convince them that the drug is approvable. The "trend" vote that the group of regulators take at the end of the meeting was negative, so it seems unlikely that Xilonix will get a positive Committee for Medicinal Products for Human Use (CHMP) opinion when the official decision is made next month. 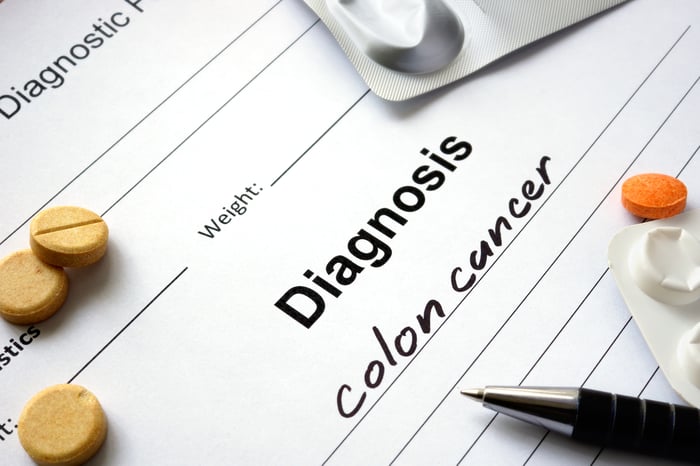 Xbiotech didn't break down what regulators concerns were beyond that there were "outstanding clinical relevance issues."

The issue appears to be with the endpoint that Xbiotech employed in its phase 3 trial. Rather than using the standard overall survival or progression-free survival, Xbiotech used a new endpoint that was the "composite of stable or increased lean body mass and stability or improvement in two of three symptoms (pain, fatigue, or anorexia) at week 8 compared with baseline measurements." Basically the company ignored whether the drug was keeping patients alive or stopping their tumors from growing and just measured whether patients taking Xilonix felt better (or not as worse) than those taking placebo.

Regulators don't seem to have bought it.

John Simard, Xbiotech's president and CEO, indicated in a statement that the company may appeal. "The EMA marketing authorization application procedure enables the appeal of negative decisions from the oral explanation," he said. "We may seek access to this process at the appropriate time."

A better move might be to wait and see how the ongoing phase 3 trial Xbiotech is running to gain U.S. approval turns out. That trial, which is measuring overall survival as a primary endpoint, is scheduled to have its second interim peek at the data in June. If Xilonix isn't helping patients live longer than placebo at that point, Xbiotech will get one more shot when the trial concludes, likely at the end of this year.