Just a few short years ago, Valeant Pharmaceuticals (NYSE:BHC) was a red-hot stock. The company's CEO at the time, Michael Pearson, was hailed as a genius and was the toast of Wall Street. Several big-name hedge funds even piled into the stock with the hope of striking it rich.

Unfortunately, the company's business practices proved to be unsustainable, which set off a nasty chain reaction. Shares have now fallen more than 96% from their all-time high, which might have some value investors thinking that it could be a good time to get in. Here are three reasons why our team of healthcare experts thinks that's a bad idea. 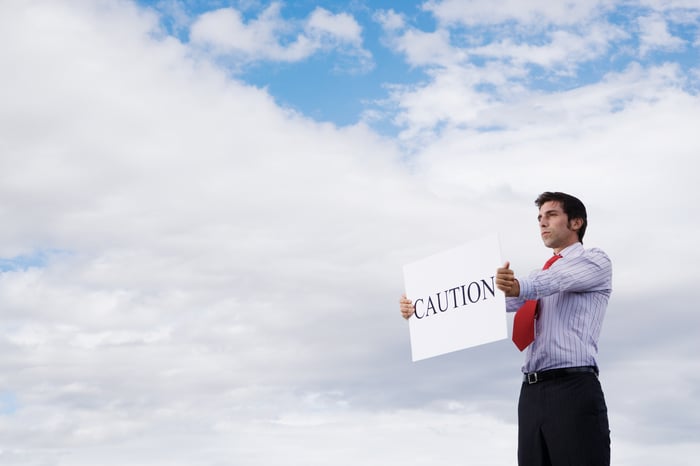 George Budwell: If you're considering buying Valeant's stock, you're probably doing so with the idea that this once high-flying specialty pharma can somehow mount a miraculous comeback. But the harsh reality is that Valeant may have little of value to offer investors a year or so from now based on its dire need to divest core assets to bring its debt levels down to reasonable levels.

The point is that Valeant simply doesn't stack up well from a value standpoint compared to some other beaten-down biotech or biopharma stocks that investors may be considering right now. Gilead Sciences (NASDAQ:GILD), for instance, has a fairly clean balance sheet, with over $30 billion in cash that can be used to create value, and it is still the top dog for both the HIV and hepatitis C drug markets. Gilead's internal controls also haven't repeatedly been called into question over the last year, and the biotech has a respectable clinical pipeline to boot.

In other words, it's hard to justify taking the enormous risk on a company like Valeant that offers only a murky valuation proposition moving forward -- especially when far better deals like Gilead are readily available.

The thesis is busted

Brian Feroldi: Given the never-ending stream of negative headlines coming out of Valeant, it might be hard to remember why investors got behind this growth story in the first place. However, if you rewind the clock just a few years, you would see that many on Wall Street believed that Valeant had stumbled upon a terrific new business model in the pharma industry.

What was this new business model? Here's a review of what the company did between 2010 and 2015 that caused its share price to skyrocket 900%:

This unconventional strategy allowed Valeant's revenue and profits to soar for several years, leading to the huge share-price appreciation. However, this model proved to be unsustainable after the company's pricing and distribution strategies came under fire. That ultimately threw a wrench in the company's business model, leading to where we are today.

While there could be value in Valeant's shares today, there's not doubt that the original bull thesis for owning this stock is now dead. That's why I plan on staying far away from this broken company.

Till debt do us part

Sean Williams: If you ask me, there isn't a time to buy Valeant Pharmaceuticals. I struggle to find any truly redeeming qualities in this company that may struggle to survive. But topping the list of its concerns, and the reason why investors should pass on what looks to be a dangerous value trap, is the likelihood that it'll eventually breach its debt covenants with its secured lenders.

It's no secret that Valeant is lugging around a lot of debt. It ended 2016 with $29.85 billion in debt, and it has since paid down at least $1.1 billion in debt, primarily derived from completing the sale of three medicated skincare product lines to L'Oreal for $1.3 billion, as well as from positive free cash flow. The irony is that the company's aggregate debt isn't what necessarily could be its downfall. It's the company's cost to service its debt relative to what it's generating in earnings before interest, taxes, depreciation, and amortization (EBITDA) that may be its undoing.

While there's no concrete EBITDA-to-interest coverage ratio that signifies a healthy versus unhealthy company, Valeant's lenders had previously demanded the company keep this ratio above three. In other words, if it spent $1.5 billion in interest expenses annually, it needed $4.5 billion in full-year EBITDA to satisfy its lenders and ensure it didn't violate its debt covenants. In 2017, Valeant is forecasting $3.55 billion to $3.7 billion in EBITDA and $1.85 billion in interest expenses to service its debt. This implies a ratio that could fall below 2-to-1.

Valeant has, on numerous occasions, reworked its debt covenants with senior secured lenders in return for fees and higher interest rates, and it may need to do so again in the future with its EBITDA forecasts proving unreliable on an almost quarterly basis. In other words, even if Valeant is able to meet its debt obligations, it may still default on its covenants, triggering a potential fire sale of its assets to repay lenders.

Valeant is in bad shape, and investors would be best off avoiding the stock altogether.