Please ensure Javascript is enabled for purposes of website accessibility
Log In Help Join The Motley Fool
Free Article Join Over 1 Million Premium Members And Get More In-Depth Stock Guidance and Research
By Demitri Kalogeropoulos - Apr 23, 2017 at 11:00AM

Keep an eye on Chipotle, Amazon, and Starbucks shares over the next few trading days.

Stocks rose last week as earnings season kicked into high gear. The uptick left both the Dow Jones Industrial Average (^DJI -0.82%) and the S&P 500 (^GSPC -0.88%) solidly higher for the year so far, but still below the records they set in early March. 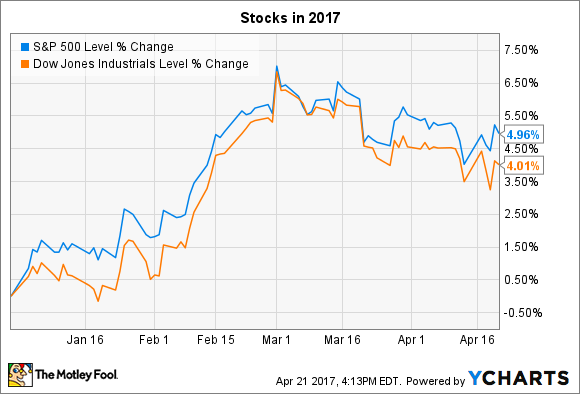 Earnings season rolls on over the coming five trading days, and a few of the most anticipated reports set to be released will be from Chipotle (CMG 1.48%), Amazon (AMZN -2.49%), and Starbucks (SBUX -0.05%).

Chipotle will release its fiscal first-quarter earnings results after the closing bell on Tuesday. The struggling restaurant chain's stock is down sharply since late 2015, when its food safety scare stopped sales growth in its tracks and sent profits plunging. 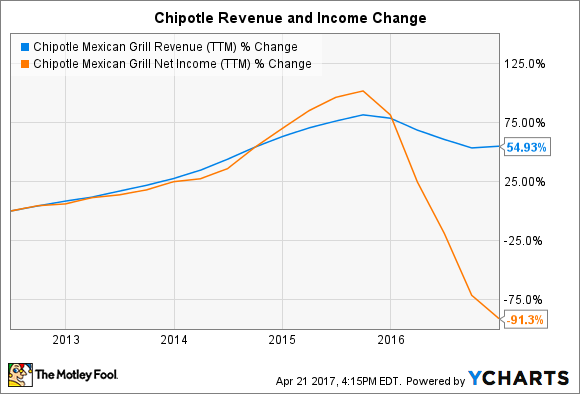 However, shares have been on a spicy rally since the start of this year as hopes rise that a recovery is finally gaining steam. Chipotle in early February said that comparable-store sales spiked by 15% in the month of December when stacked against a prior-year period that was swamped by plunging store traffic.

The sales comparisons will stay easy for a while, and in fact, Chipotle executives believe they'll manage comps increases in the high-single digits for fiscal 2017. A recent price increase, meanwhile, might indicate that the management team is seeing encouraging traffic trends. Investors this week will be focused on how that boost has been received by burrito fans, and how.

Online shopping juggernaut Amazon is set to announce its quarterly figures on Wednesday afternoon just as shares bounce along near record highs. The latest stock rally coincides with a huge increase in profits as annual net income soared to $2.4 billion in 2016 from $596 million in the year-ago period.

Spiking earnings at Amazon Web Services played a big role in that surge, given that operating income in the division more than doubled to $3.1 billion. In contrast, Amazon booked just $2.4 billion in profits from its entire North American retailing operations last year.

CEO Jeff Bezos and his executive team issued a wide sales forecast for the current quarter that predicts growth of between 14% and 23%, equating to sales ranging from $33.25 billion to $35.75 billion. They expect operating profits to drop as low as $250 million compared with $1.1 billion last year as the company invests heavily in building out its market position in accordance with Bezos' extremely long-term focus.

Starbucks stock hasn't moved much in the past year as investors have struggled to get a reading on the coffee giant's global growth opportunity. On one hand, customer traffic is slowing, and profits recently fell in the key U.S. market thanks to rising labor costs. The restaurant giant is also going through a risky management transition as its founder and CEO steps aside to take a less direct role in the company. 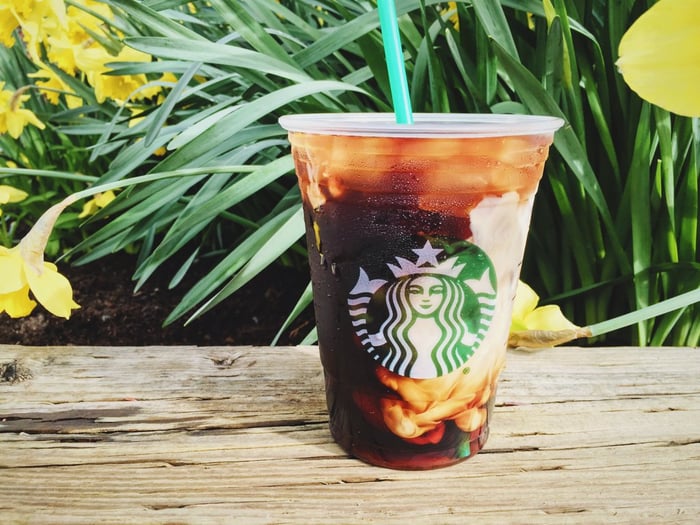 On the other hand, Starbucks is targeting a massive footprint expansion, with 12,000 new locations set to open over the next five years -- one quarter of which are aimed at the booming Chinese market. The company is also bristling with sales and profit growth opportunities, including online ordering and delivery and a consumer products division that's seen its profit margin soar to 44% of sales from 38% in just the past year.

The overall cloudy narrative could set the stage for a big move in the stock after Starbucks posts its quarterly results on Wednesday. If the latest operating trends support the company's optimistic reading on its long-term growth forecast, then shares could spike. A further traffic and profitability slowdown, meanwhile, would likely add to investors' worries that the business is in a funk that's not completely due to weak overall industry trends.