Please ensure Javascript is enabled for purposes of website accessibility
Log In Help Join The Motley Fool
Free Article Join Over 1 Million Premium Members And Get More In-Depth Stock Guidance and Research
By Keith Speights - Apr 23, 2017 at 6:42AM

Pfizer, Chevron, and Facebook look to be smart stock picks -- not too risky but not too cautious. 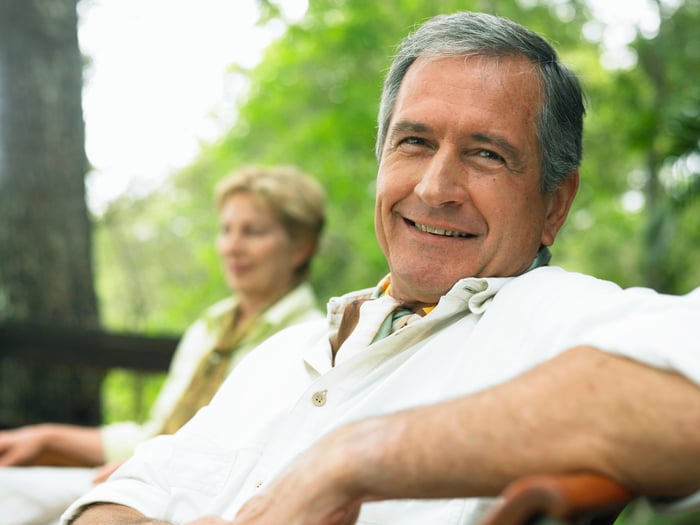 The first decade of the 21st century wasn't pretty for Pfizer. Shares of the big drugmaker sank more than 60%. Since 2010, though, Pfizer has made a huge comeback -- and should have plenty of room to move higher.

Pfizer claims eight products with annual direct sales of at least $1 billion. More importantly, the company has more new drugs and pipeline candidates that could add to that number.

While Pfizer should roll out several new big winners in the next couple of years, investors will also be winners thanks to the company's dividend. Pfizer's yield currently stands at 3.78%. The stock looks relatively inexpensive as well, with shares currently trading at 12 times expected earnings.

Chevron: One of the best big oil stocks

Oil and gas stocks took a big beating throughout much of 2014 and 2015. The situation improved last year, but 2017 hasn't been as great. Chevron's share price is down around 10% so far this year. However, that should present a solid buying opportunity for investors in their fifties.

Chevron has beaten other major oil stocks in total shareholder return over the past year, the past five years, the past 10 years, and the past 20 years. That's an impressive track record. One way that the company has been able to accomplish this is by squeezing high margins relative to competitors out of each barrel of oil sold.

Can Chevron keep up its winning ways? It seems likely. The company has cut its costs and focused investments on projects that should generate returns within two years. Chevron has also sold off some assets and expects to sell even more to improve its balance sheet.

Like Pfizer, Chevron boasts a dividend that investors of any age would like. Its yield currently stands at 4.07%. Chevron has increased its dividend payout for 29 years in a row.

Facebook might seem to be an odd choice for investors in their fifties to buy. The social media giant doesn't pay a dividend currently like Pfizer and Chevron do. However, fifty-something investors don't need to be exclusively focused on income-producing assets.

The primary reason to buy Facebook stock is its tremendous growth prospects. Even though its share price has more than doubled over the last three years, Facebook should be able to go even higher. Wall Street analysts project the company will grow earnings by an average annual rate of 23.5% over the next several years.

Facebook made $10.2 billion in profit last year. The company has nearly $29.5 billion in cash (including cash, cash equivalents, and marketable securities) and has no long-term debt. Facebook's board of directors authorized a $6 billion share buyback program in November 2016 -- a kind of "back-door dividend." The company also poured nearly $4.5 billion into capital investments that could pay off for investors over the long run.