Star hedge-fund manager David Einhorn has a plan for how General Motors (GM -1.85%) stock can break out of its years-long slump. Greenlight Capital, Einhorn's hedge fund, has proposed that GM split its stock into two parts: one that continues to pay the current dividend but is entitled to nothing else, and one that is entitled to all future earnings growth.

Having failed to convince the GM board of directors that his plan has merit, Einhorn is taking his case to the rest of General Motors' shareholders. However, it's extremely unlikely that GM's most famous investor -- Warren Buffett of Berkshire Hathaway (BRK.A -1.32%) (BRK.B -1.63%) -- will respond favorably. 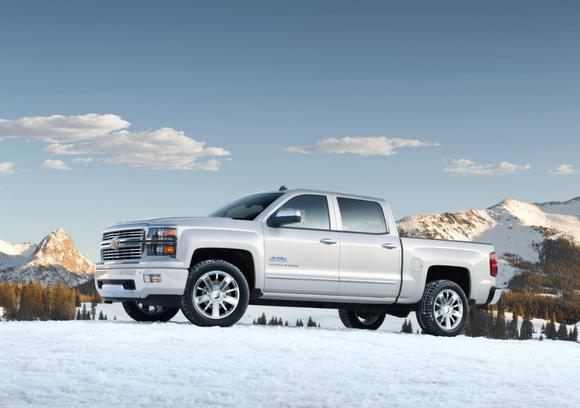 Buffett is likely to oppose Einhorn's plan for a simple reason: It does nothing to increase GM's intrinsic value. At best, it might persuade some investors to pay more for GM stock. For the same reason, I plan to vote against Einhorn's proposal with my General Motors shares.

The rationale behind Einhorn's plan is that General Motors stock appears to be trading for significantly less than its intrinsic value. Einhorn explains that situation by saying some investors own the stock for its high dividend yield, currently just shy of 4.5%, while others hold it because they think it's undervalued and has good earnings growth potential. Neither group is willing to pay full value for GM stock today.

Einhorn believes that his plan would boost the combined value of these two hypothetical GM share classes to a range of $43-$60, from around $34 today. General Motors has countered that this plan "will not help GM sell more cars, drive higher profitability, or generate higher cash flow."

Buffett hasn't weighed in on the controversy yet, although Berkshire Hathaway is one of the biggest investors in General Motors stock. However, based on his previous writings, it's pretty clear that he will use Berkshire Hathaway's shares to oppose Einhorn's plan.

Furthermore, Buffett notes that companies that repurchase lots of stock are essentially buying stock on behalf of their shareholders. In effect, investors in these companies are constantly buying more stock without lifting a finger.

As a result, Buffett concludes that only people who are eager to sell a stock soon should be hoping for its price to rise. It seems counterintuitive to many people, but patient, buy-and-hold investors are better off when their stocks stay undervalued.

This logic would certainly apply to General Motors shareholders, including Berkshire Hathaway. In response to Einhorn's radical proposal, GM noted that it plans to return $7 billion to shareholders this year, including about $5 billion of share buybacks. Based on GM's current stock price, that would be enough to reduce its share count by more than 9%. Individual investors can further increase their stakes by enrolling their shares in a dividend reinvestment plan.

From Buffett's perspective, the supposed benefit of Einhorn's plan -- that it would make GM stock rise -- isn't a benefit at all. In light of GM's aggressive capital-return plan, long-term investors should want General Motors stock to stay depressed for as long as possible, enabling the company to repurchase more of its stock.

This just goes to show that Einhorn isn't a patient, long-term investor. Generally speaking, patience isn't rewarded in the hedge-fund world. A couple of down years in a row can lead to huge redemptions from a hedge fund. That's why Einhorn is so desperate to get GM stock to break out of its current rut.

However, long-term investors should remember that General Motors stock has only been deeply undervalued for a couple of years at this point. The stock trades for a respectable 11 times its 2014 adjusted earnings per share of $3.05. What GM isn't getting credit for is its 100% surge in EPS over the following two years. (Adjusted EPS reached $6.12 last year.)

GM stock's underperformance indicates that many investors doubt it can maintain its earnings power. But if the company manages to continue growing its EPS in the coming years, investors will eventually overcome their skepticism.