The rail products and service provider affirmed its full-year guidance.

After more than a year of waiting, Westinghouse Air Brake Technologies (WAB 0.07%), or Wabtec, finally closed its acquisition of Faiveley Transport during the first quarter, which provided a noticeable boost to revenue. However, earnings didn't track that increase since the deal added some restructuring and transaction expenses, which when combined with weaker sales to freight customers, caused earnings to slide. That said, despite continued freight weakness, the company remains on track to hit its full-year guidance. 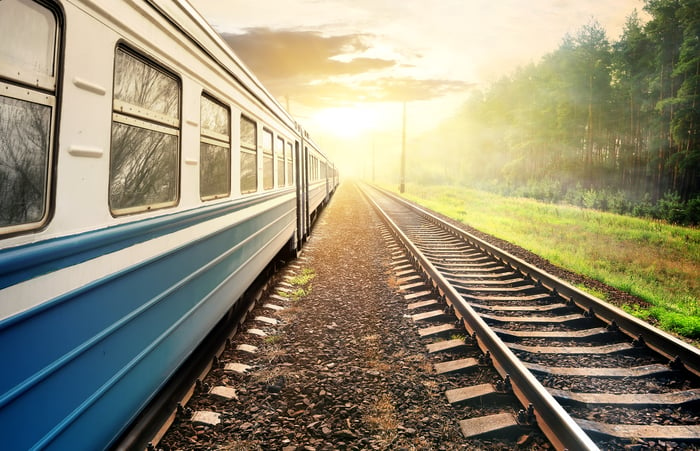 The Faiveley Transport transaction was the story this quarter:

CEO Raymond Betler commented on the company's results by saying that,

Our first quarter adjusted earnings were in line with expectations, and we expect improvement during the year. As we work to integrate Faiveley and our other recent acquisitions, we are managing our costs aggressively based on market conditions. We continue to invest in our balanced growth strategies and expect to benefit from our diversified business model and rigorous application of the Wabtec Excellence Program.

While Betler notes that rail market conditions have been challenging, there have been some green shoots of optimism in 2017. Railcar maker The Greenbrier Companies (GBX -0.38%), for example, recently reported expectation-beating fiscal second-quarter results. Furthermore, Greenbrier CEO William Furman noted in the earnings release that "We are encouraged by the upward trend in rail traffic, order activity in our current quarter, and earnings contribution from our activities in international markets." Meanwhile, industrial giant GE (GE -2.36%) noted some positives in the rail market on its quarterly conference call. GE's CFO Jeffrey Bornstein stated on the call that "Domestic market dynamics were slightly more positive, building on the modest improvement we saw in the fourth quarter." However, he did caution that "Although these signs of improvement are important, they're off a weak base and, as of yet, have not signaled a consistent trend." The said, GE did report robust orders in its transportation unit, with equipment orders rocketing 500% thanks to 37 new locomotive orders, including 24 in North America, which was the first order of this type it has taken since 2014.

Given those positives in the market, Wabtec remains confident in its full-year outlook. The company continues to expect revenue of around $4.1 billion and earnings between $3.95 to $4.15 per share, excluding restructuring and transaction expenses. Driving this outlook is the company's backlog, which has several projects ramping up later this year, as well as the expectation that it will capture between $15 million to $20 million of synergies from the Faiveley deal by year-end.