The trailer manufacturer was able to beat EPS estimates and raise its guidance. That sure seems like a reason to cheer.

Shares of truck trailer manufacturer Wabash National Corporation (WNC 8.89%) are up 10% as of 11 a.m. EDT today. The reason for the gain comes from the company's after-market earnings announcement yesterday that was better than expected and management's decision to raise guidance for fiscal 2017.

Despite missing on both revenue and EBITDA expectations, Wabash was able to beat predictions for earnings per share by posting a normalized result of $0.31 per share. While the company did acknowledge that this result was a rather decent decline from this time last year, it did point out in its press release that this was the second-best first-quarter performance it has ever posted. 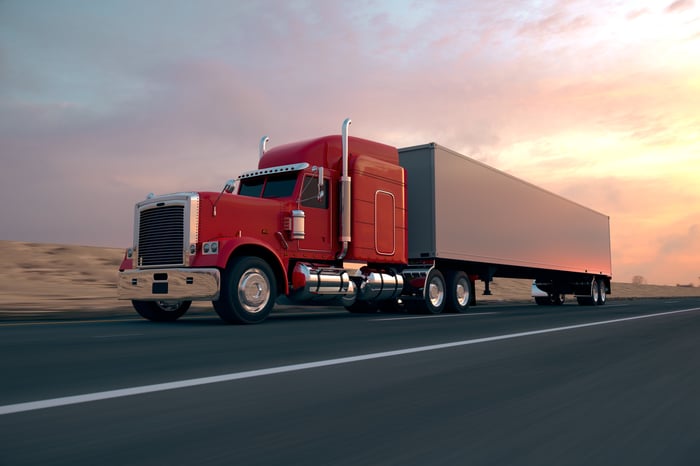 From Wall Street's perspective, the thing that was probably more impressive was the raised guidance for the year. Management now expects 2017 shipments to land in the 52,000-56,000 range -- up from 51,000-55,000 -- and EPS to be between $1.44 and $1.56 per share. Part of the reason for the increase was because several trailer shipments that were slated for the prior quarter were delayed and will now land in 2017.

It will be hard for Wabash to keep its record annual profit streak alive in 2017 -- 2016 was the fifth year in a row with record profits. Its current guidance range still puts it below 2016's 60,000 trailer shipments, but it's encouraging to see that interest in trailers is still robust.

Wabash is looking like a better investment by the day. Cost cuts have helped the company offset a decline in trailer sales, and free cash flow has been on the upswing for more than five years. Free cash flow has been so strong that management was able to reinstate its dividend while continuing to buy back shares.

Even after today's share-price pop, Wabash's stock still trades at a very attractive enterprise value-to-EBITDA ratio of 5.5. At that price, Wabash may be worth a look.