The aerospace-focused industrial company reported a good quarter, and its guidance looks conservative, so there could be more good news to come.

After a strong set of first-quarter earnings, investors in Honeywell International (HON -0.58%) might have expected a bit more in terms of a guidance hike, but it's hard to be too churlish. The new CEO, Darius Adamczyk, can be forgiven for taking a conservative approach to guidance -- particularly after a difficult 2016 -- and the underlying fundamentals do seem like they are turning in the company's favor.

Let's take a look at the key takeaways from the earnings presentations.

Adamczyk began the earnings call by declaring, "We met or in most cases exceeded our guidance ranges, and I'm pleased with our results in the first quarter,". And to be fair, the strong results -- organic sales up 2%, operating income margin expansion up to 18.8% from 17.8% in the same quarter last year, and adjusted EPS growth of 11% -- did lead to a hike in guidance.

As noted above, the guidance seems conservative. Adamczyk would not be the first CEO in history to start his tenure with cautious guidance, and this did not go unnoticed by analysts on the earnings call. Goldman Sachs analyst Joe Ritchie raised the issue, and CFO Tom Szlosek and Adamzyk responded in kind.

Essentially, they expressed confidence in Honeywell's long-cycle businesses -- such as aerospace -- but took a more cautious approach on some of the short-cycle businesses in the home and building technologies (HBT), safety and productivity solutions (SPS), and performance and materials technologies (PMT) segments. The argument is that short-cycle spending is more reflective of current business sentiment. For reference, Szlosek disclosed that 60% of Honeywell's business is short-cycle, with the rest long-cycle.

All told, if the economy picks up, then it's possible Honeywell's short-cycle businesses could outperform the cautious expectations.

As noted earlier, Honeywell had a difficult 2016 and had to reduce revenue guidance due to a combination of weaker than expected results in aerospace (business jets and helicopters) and energy (UOP catalysts and absorbents for the oil and gas processing industry) and granting original equipment manufacturers (OEM) more incentives than originally expected -- more on that later.

However, the good news is, aside from business jets, most of these end markets are improving. For example, management spoke of positive momentum in the oil and gas sector, and according to Szlosek, UOP orders are up 15% in the quarter, with activity in China particularly strong.

Aerospace's underlying performance is also expected to improve, with management referencing strong aftermarket sales and "solid demand in U.S. core defense." Unfortunately, the fly in the ointment is with the business and general aviation markets, which are expected to remain soft. It's similar to what fellow aerospace company Rockwell Collins reported in its recent second-quarter result, with management talking of "sales headwinds from lower business jet OEM deliveries." 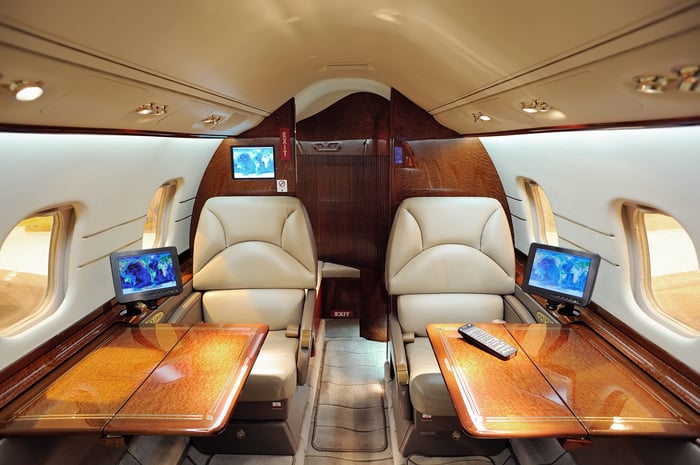 This is probably the issue that investors most need to understand about Honeywell's upcoming second-quarter and full-year earnings. Essentially, the OEM aerospace incentives are being granted in order to win positions on new aircraft platforms, the benefit being that Honeywell can generate long-term revenue and cash flow from being on the platform.

Unfortunately, the incentives are resulting in sales headwinds, and the bulk of the impact in 2017 will be felt in the first half. According to Szlosek on the earnings call, the incentives will be a $25 million headwind in the first half, but "in the second half they become an approximate $70 million tailwind." This is because significant incentives were granted in the third and fourth quarters of 2016, and Honeywell will therefore come up against easier comparisons in the second half of 2017.

While the tone of the earnings was broadly positive, management's commentary on capital deployment was slightly disappointing. Going back to the investor conference in early March, the key takeaway from Adamczyk's presentation was a more aggressive attitude to capital deployment.

Indeed, Adamczyk outlined how Honeywell was very active on the mergers and acquisitions front, but he also described how deals were getting expensive and he hadn't found anything "particularly cheap at the moment."

While it's never a good thing for investors if management chases and overpays for acquisitions, it's also somewhat disappointing if management isn't finding ways to use cash in order to boost earnings -- especially for a company forecasting just 1%-3% organic sales growth in 2017.

All told, it was solid set of results, and I can't help feeling that there is more to come from Honeywell in 2017 -- guidance looks a bit conservative and end markets are turning more positive. But at a current P/E ratio of around 21 times earnings, management needs to deliver in order to take the stock significantly higher, in my opinion.