Shares are getting slammed after management issued disappointing guidance.

Shares of NeoGenomics (NEO -4.22%) fell by 10% as of 12:00 p.m. EDT on Wednesday after the provider of cancer genetic testing services reported first-quarter earnings. 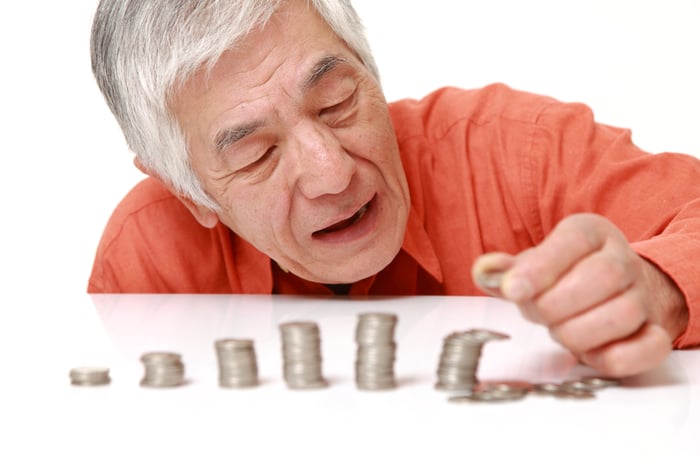 Here's a review of the key highlights from the quarter:

Looking ahead, management offered up the following guidance:

While today's drop is unpleasant, NeoGenomics' management team did its best to remind shareholders that its long-term picture is looking bright. Specifically, the company stated that it has finally completed all its integration activities related to its Clarient acquisition, which should allow for profit growth in the back half of 2016. Its pharma services division also reported a $41.5 million backlog at the end of the quarter, which shows that the company's testing services remain in demand. Finally, its new lab in Switzerland is scheduled to open in the third quarter, which will allow it to start marketing its services in Europe.

Given all of the above, NeoGenomics looks poised to continue its recent history of rapid revenue growth. If true, then it is possible that its stock will continue to vastly outperform the healthcare sector in general as measured by the Health Care Select SPDR ETF (XLV -0.33%). 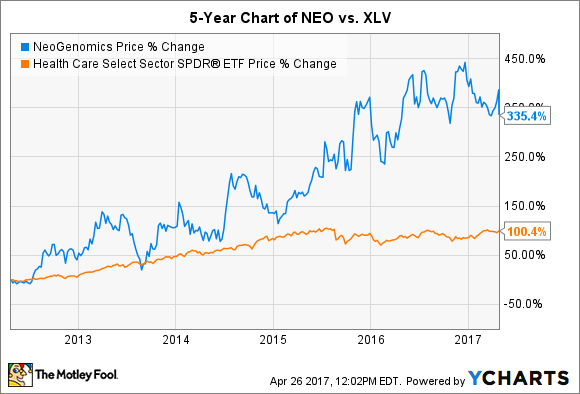 All in all, NeoGenomics seems positioned for growth even though its short-term results might be disappointing. If you are a believer in this company's long-term potential, then you might want to look at today's drop as an opportunity to get in.

Why Shares of NeoGenomics Jumped 53.9% This Week