Shares of consumer electronics and furniture retailer Conn's (NASDAQ:CONN) surged on Wednesday after the stock received an extremely optimistic analyst upgrade. At 1:15 p.m. EDT, shares of Conn's were up about 10%.

The majority of Conn's sales are financed in-house, a business model that nearly imploded a few years ago when credit losses due to loose lending standards led to a steep decline in profitability. Conn's operating margin peaked in 2013 at 13.6%, falling to just 4% by 2016. The stock cratered once investors realized that the impressive growth of the past was thanks to unsustainable lending practices. 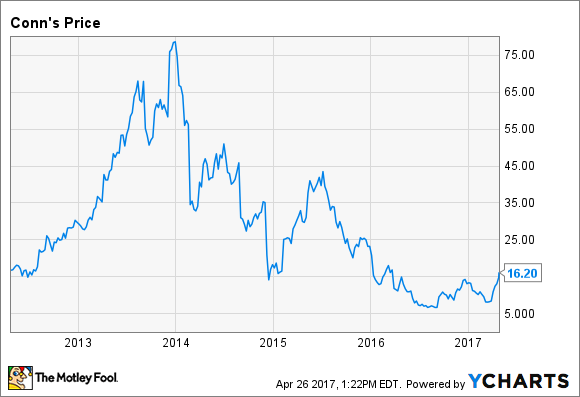 Conn's has been tightening up its credit business ever since, but this has led to big sales declines. During the fourth quarter of 2016, same-store sales slumped 8.9%. The credit business is still posting losses despite these efforts, with the segment reporting an pre-tax loss of $193 million in 2016. That's down from a loss of $119 million during 2015.

Despite these issues, analysts at KeyBanc believe the stock is undervalued. KeyBanc now rates Conn's at "overweight" with a price target of $22 per share, and it sees the stock going to $50 or $60 per share if everything goes right. 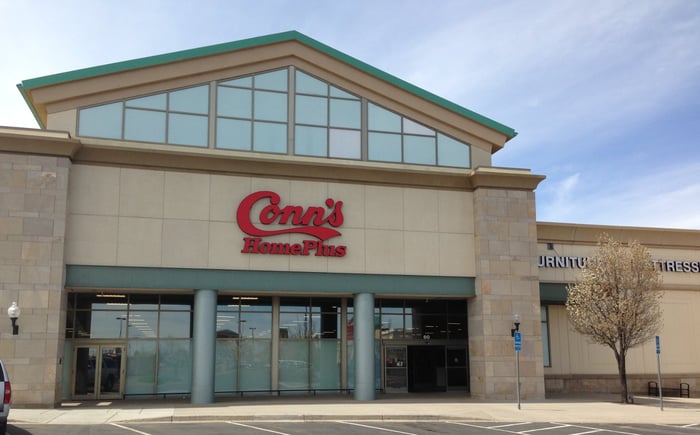 The analyst upgrade from KeyBanc lit a fire under shares of Conn's, but the company has yet to show any real signs of improvement. The retail business is profitable, but that can't be viewed in a vacuum. In 2016, credit segment losses completely wiped out retail segment profits. And while Conn's has been working to tighten lending standards, delinquency rates are still rising.

It will take quite a turnaround for KeyBanc to be proven right on Conn's. While investors are celebrating the upgrade, these price targets seem far too optimistic to me.