Netflix got a good-looking deal for this euro-based debt offering, so why not take an even deeper drink from that financing well?

Last week, Netflix (NFLX 0.41%) said it would probably take on more debt in the second quarter. Monday morning, the company announced plans to raise $1.1 billion in a euro-denominated bond sale.

Today, the other shoe dropped. Netflix is actually taking on another $1.4 billion in overseas senior notes. And why not, since the negotiated terms turned out to be pretty sweet?

According to Netflix's press materials, the new senior notes will be sold to "qualified institutional buyers" outside America on May 2. The coupon rate for these 10-year debt papers is set at 3.625%, making it the lowest-cost debt on the company's balance sheet. The total sale price will be 1.3 billion euro, which works out to $1.42 billion today but will vary over time as euro-to-dollar exchange rates sway up and down.

Here's how Netflix's complete debt portfolio will look when this bond sale is completed:

I expected the debt terms to be fairly generous, but not to the tune of 3.625% annual interest. The yearly interest payments on this contract should work out to $51 million, with payments scheduled in the second and fourth quarters of each fiscal year. Netflix is increasing its total debt load by 42% here, but interest payments are only rising 34% higher. 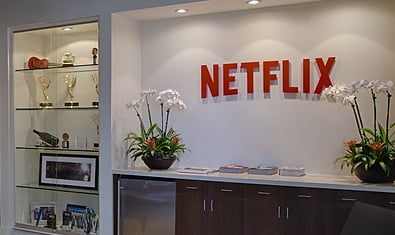 As the company stated in Monday's announcement, these funds will be used for general corporate purposes. That term includes "content acquisitions, capital expenditures, investments, working capital and potential acquisitions and strategic transactions," but do keep in mind that Netflix really doesn't do "acquisitions and strategic transactions." This is really all about financing more content production projects on foreign soil.

In the meantime, Netflix shares reached new all-time highs on Tuesday on news of a Chinese content distribution deal via Baidu (BIDU 12.18%) subsidiary iQiyi. It's not quite the same as opening shop under the Netflix brand in Beijing and Shanghai, but the deal builds a path for Netflix to make money in China based on that bulging portfolio of Netflix originals. I wouldn't be surprised to see Netflix taking a few swings at content production directly for the iQiYi channel, and this debt offering plays right into that idea, too.