Adoption of cloud computing by enterprise customers continues to drive demand for the services provided by the data-center operator and global interconnection specialist.

Here's how the quarter worked out for the data-center operator and global interconnection specialist real estate investment trust (REIT) and its investors.

Equinix's revenue came in above its guidance range of $940 million to $946 million. The company doesn't provide quarterly AFFO guidance.

The company's quarterly year-over-year comparisons are still getting a boost from its acquisition of Telecity, a European data-center operator, as that closed in February (or mid-first quarter) of 2016. 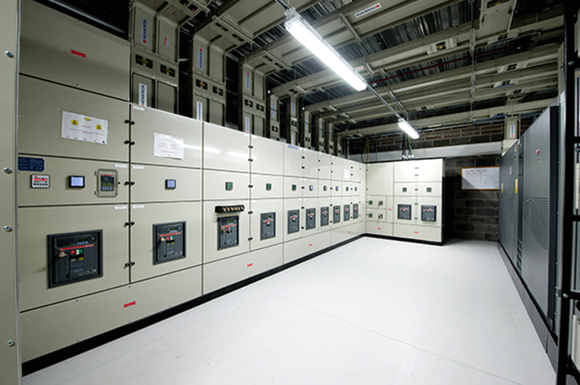 Here's what CEO Steve Smith had to say about the quarter:

Equinix is off to a strong start in 2017, with our 57th quarter of consecutive revenue growth and continued momentum in capturing and curating powerful digital ecosystems at global scale. We are adding new enterprises at a solid pace, as enterprises adopt hybrid and multi-cloud as their IT architecture of choice. We have also made great progress toward our $3.6 billion acquisition of the portfolio of 29 data centers from Verizon in the U.S. and Latin America, and we remain highly confident that this transaction will create significant value for both our customers and our shareholders, strengthening our global platform and delivering AFFO per share accretion on Day One, excluding transaction and integration costs.

Equinix's results should get a boost starting next quarter from its acquisition of 29 data centers from Verizon; this acquisition is expected to close in the second quarter.

The company provided second-quarter guidance and slightly tweaked its previously issued full-year 2017 guidance. For the second quarter, it expects revenue in the range of $976 million to $982 million, which at the midpoint represents growth of 3.1% and constant-currency growth of 2.6% over the second quarter of 2016. Equinix does not issue quarterly AFFO guidance.

Updated 2017 guidance is as follows: