The offshore service and product company should still be marginally profitable this year.

While the oil market is starting to heal after a prolonged and painful downturn, not all regions are getting better just yet. Offshore, in particular, remains a challenge, which is having an adverse impact on Oceaneering International's (OII 0.84%) financial results. That said, the company expects to keep its head above water this year even though its results continue sinking. 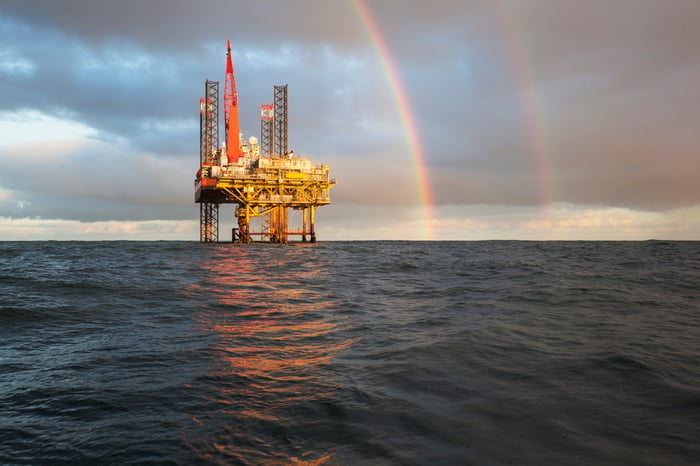 The revenue slide is slowing down.

Our first quarter operating results were slightly better than our expectations. Again, we are pleased that each of our operating segments generated positive results and, overall, maintained positive EBITDA and free cash flow.

While Oceaneering's financial results remain under pressure, it wasn't all bad news, as McEvoy notes, since its results did come in better than its forecast. Furthermore, all of its operating segments continue operating in the black, and its underlying business is generating free cash flow.

McEvoy also noted in the press release that the company saw some positives in its two largest segments: ROVs and subsea products. ROV EBITDA margin rose slightly, improving from 35% in the fourth quarter to 37% in the first quarter. Further, the company put two more ROVs into service during the quarter and maintained 53% market share. However, McEvoy did state that "although we endeavor to maintain our drill support market share and place more ROVs on vessels, we need a sizable increase in our customers' offshore spending levels for there to be a discernible increase in ROV fleet utilization and profitability."

Meanwhile, he noted that while subsea products revenue was flat, operating income improved due to cost-reduction measures. Meanwhile, thanks to rising new orders, the company's book-to-bill ratio improved from 0.74 over the past year to 0.84 during the quarter.

While Oceaneering sees some positives in its business, McEvoy still only expects the company to be "marginally profitable" this year. Still, he does expect to see operating income improvements next quarter in all segments except subsea production, which should remain flat. That said, the company won't see a noticeable improvement in results until offshore drilling starts picking up; the timing of that recovery, however, remains unclear.