Thursday was a relatively quiet day for the stock market, with major market indexes posting only marginal gains. Uncertainty about the eventual fate of the Trump administration's outline for a new tax plan weighed on market participants, although a generally positive tone among earnings reports continued to bolster many stocks. Still, there were plenty of companies announcing bad news, which held back the overall market's gains. American Airlines Group (NASDAQ:AAL), Isle of Capri Casinos (NASDAQ: ISLE), and Synchronoss Technologies (NASDAQ:SNCR) were among the worst performers on the day.

American Airlines Group finished down more than 5% after reports that it will offer substantial pay increases to its employees. The airline said that negotiations included an offer that would give pilots and flight attendants pay raises of up to 8%, prompting concerns that competitive pressures among the major airlines will prompt them to make labor deals that will eventually come back to bite them. In addition, American's earnings report Thursday morning included a 2% rise in total revenue, but pre-tax income plunged by nearly 60%, accentuating the need for American and its peers to keep cost issues at the front of their minds as they plot long-term strategy. Without ongoing discipline, the same problems that have historically plagued airlines like American could come back to haunt them again. 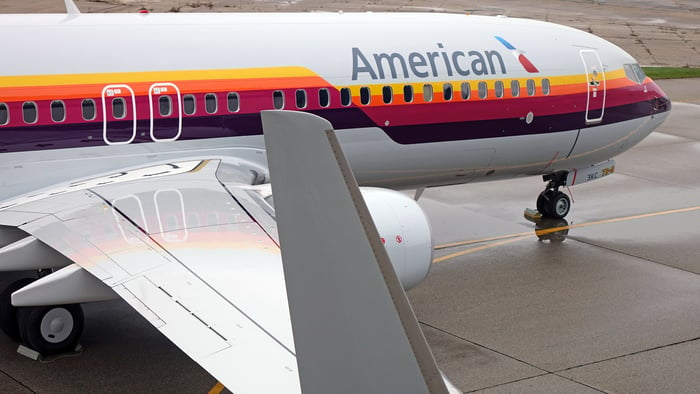 Isle of Capri Casinos finished the day down 14% after the market got confirmation about the current terms of a buyout offer. Eldorado Resorts (NASDAQ:ERI) has been looking to buy Isle of Capri, and it had offered a mix of stock and cash for the casino company. However, the price of Isle of Capri stock had been higher than the offer price, reflecting an expectation that Eldorado might end up making a higher offer to complete the merger.

Instead, news today that the merger was on pace to close early next week essentially locked in current shareholders with the present terms of the deal. With most shareholders having elected to accept Eldorado shares, those who wanted cash will get their $23 per share -- which is still less than where the stock closed even after today's plunge.

Finally, Synchronoss Technologies lost nearly half of its value Thursday. The mobile cloud specialist shocked investors by announcing that CEO Ronald Hovsepian and CFO John Frederick were both departing the company, with the press release saying only that they would "pursue other interests." Founder and Chairman Stephen Waldis will take over as CEO immediately, while Lawrence Irving will take over as CFO. Even worse, Synchronoss warned that its revenue will be $13 million to $14 million below its previous guidance, which works out to a shortfall of roughly 7% to 8%. The executive departures suggest that the integration of Synchronoss with recently acquired Intraworks might not have gone as well as expected, leaving investors with the assumption that it could be some time before the company heals its wounds and starts making substantial forward progress again.