Even though earnings fell, the market is excited about LPL's prospects.

Shares of LPL Financial Holdings Inc (LPLA 0.09%) gained 9.1% today after the bank posted first-quarter results that included a decline in earnings over the same period last year, but still considerably ahead of the market's expectations.

For the first quarter, LPL Financial Holdings reported income of $48.2 million, or $0.52 per share, compared with $0.56 per share in Q1 2016. Most of the income pressure came from more than $2 billion worth of debt refinancing during the quarter. If adjusted to remove that one-time event, earnings per share would have risen 18% year over year. 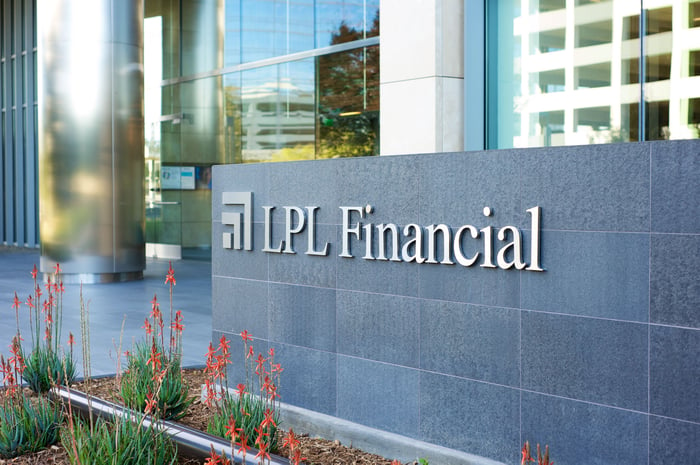 LPL Financial is a registered investment adviser (RIA) custodian that employs thousands of advisers. As such, the company is one that would be required to meet new compliance under the fiduciary legislation signed during the Obama administration requiring advisers to put their clients' interests ahead of their own -- a move largely seen as trying to eliminate the practice of advisers taking third-party commissions for pushing products on their clients. While the rule's implementation has been put on hold for further review under the Trump administration, many believe it will eventually be implemented.

LPL Financial is working to ensure it is on track to meet those updated guidelines either way. LPL Financial CEO Dan Arnold listed the rule change as one of LPL Financial's potential growth drivers in the earnings call, saying that he expects the rule to cause a "disruption" and that his team's goal is to increase advisers' ability to grow their practices. He also said that more advisers are likely to choose LPL Financial because it is a leader in making these changes. While the loss of much of its commission revenue could drag on the company in the short term, it plans for higher advisory fees to offset lower revenue from product commissions.

Here's How This Financial Advisor Stock Is Beating the Bear Market

Is LPL Financial a Buy?