Pebblebrook Hotel Trust's (NYSE:PEB) financial results continue heading in reverse due to the company's strategic repositioning plan. Not only did its decision to sell hotels cause earnings to slip, but recent redevelopment projects led to greater-than-expected disruption at several of its hotels. However, despite these and other headwinds, Pebblebrook's financial results were either within or above its guidance range. 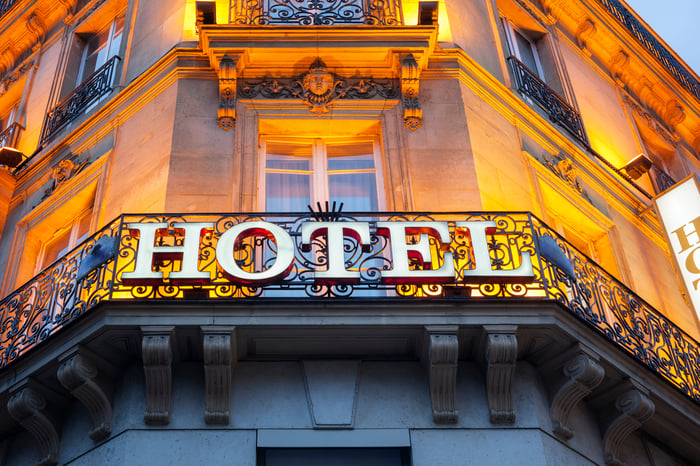 Our portfolio's operating results in the first quarter were in line with our overall expectations despite greater than anticipated disruption from one of our significant redevelopment projects. Our financial results were driven by solid demand in several of our markets, including Washington, D.C., which benefited from the Inauguration and the Women's March, as well as Nashville, Seattle, and San Diego. As expected, this strength was offset by difficult year-over-year comparisons in San Francisco and Los Angeles. The loss of the Super Bowl in San Francisco and the elimination of the prior year demand from the displaced families affected by the Porter Ranch gas leak in Los Angeles negatively impacted our growth. However, excluding the disruption from the redevelopment projects at Revere Hotel Boston Common, Hotel Palomar Los Angeles Beverly Hills and The Tuscan Fisherman's Wharf, first quarter RevPAR growth would have been 330 basis points higher, which is a better indication of the operating performance of the portfolio.

As Bortz points out, the tailwind of strong demand in several key markets helped the company deliver results that were well within its expectations. That said, the company's overall financial performance will remain choppy as it continues redeveloping hotels to boost profitability and selling off additional properties. Driving the decision to divest, according to Bortz, is that "each sale allows us to take advantage of attractive current private market prices for our properties as well as the significant discount between our current share price and the underlying value of our assets on a private market basis."

Pebblebrook is adjusting its full-year guidance. The company now sees AFFO coming in at $167.2 million to $176.5 million, which represents reductions of $3.7 million and $5.7 million, respectively, from its prior guidance. That said, on a per-share basis, the company expects AFFO to be in the range of $2.37 to $2.50, which is a $0.03-per-share increase on the low end and unchanged at the high end.