The beverage and snack conglomerate's volumes flatlined during the first quarter of 2017. But PepsiCo was able to compensate with pricing to keep its full-year 2017 outlook on track.

PepsiCo (PEP -0.15%) reported first-quarter 2017 earnings results on Wednesday and, in keeping with a conservative full-year forecast issued last quarter, managed to post modest improvements in revenue and net income in the first three months of 2017. Let's gauge the company's current prospects after reviewing key numbers from the report: 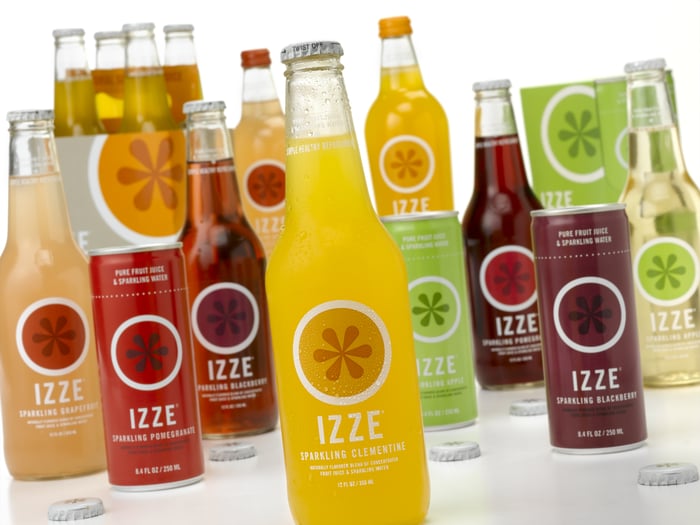 
What management had to say

We achieved solid revenue growth in the first quarter underpinned by global volume growth and positive net price realization, despite challenging food and beverage industry trading conditions in North America and continued volatility in a number of developing and emerging markets. Our first quarter results were in line with our expectations, and we are on track to achieve our financial objectives for 2017.

Shareholders may quibble with the use of the adjective "solid" to describe reported revenue growth of 1.6% and organic growth just one-half of a percent higher. And as mentioned above, global volume was actually flat to negative across the full breadth of PepsiCo's business.

Yet Nooyi's comments do speak to success in a difficult environment, given increasing skepticism toward carbonated beverages in North America, and more cautious consumers in general within both established and emerging global markets.

During the company's earnings conference call with analysts, Nooyi also addressed how PepsiCo is dealing with a specific threat to soda volumes: a spate of recent municipal taxes on sugary beverages in major metropolitan areas like Philadelphia. This is a topic of acute interest for investors at the moment. Nooyi stated:

Look, at the end of the day, we oppose beverage taxes that are regressive and unfairly target one category or industry. I think, unfortunately, today's beverage taxes are more revenue generation-focused rather than health-focused. But whatever the reason be, from our perspective, we are working on 2 things: one, making our portfolio deliver products that are lower in sugar and a lot of 0-sugar products and beverages with positive nutrition. So that's one part of our strategy, and we've been working on that for 10 years. The second part of our strategy, making sure we bolster the rest of the portfolio outside of beverages, so when taxes do come in, we can cushion the effect through managing the portfolio in a more intelligent way.

Management didn't change previous 2017 guidance in its current report. The company still expects core earnings per share of $5.09 this year. It also expects to generate $10 billion in operating cash flow, which will cover the tab for $3 billion in expected capital expenditure, as well as $4.5 billion in dividend payments and roughly $2 billion in share repurchases.

PepsiCo is signaling confidence in hitting its 2017 financial goals. It's shown an initial ability this year to raise prices without overly curbing demand. Still, if there's one item on investors' wish lists as we head into quarter two, it's for beverage and snack volumes to begin to rise again.

Is Pepsi an Excellent Defensive Dividend Stock to Buy in 2023?
409%