Don't expect great things from CVS Health in the first quarter. Here's why.

You know things aren't where they need to be for a company when the CFO states it will be a "rebuilding year." That's the scenario for CVS Health (CVS -0.48%) in 2017.

The giant pharmacy services company announces its first-quarter results on May 2. Investors probably should have low expectations compared to CVS Health's prior-year period performance. Here are seven reasons why. 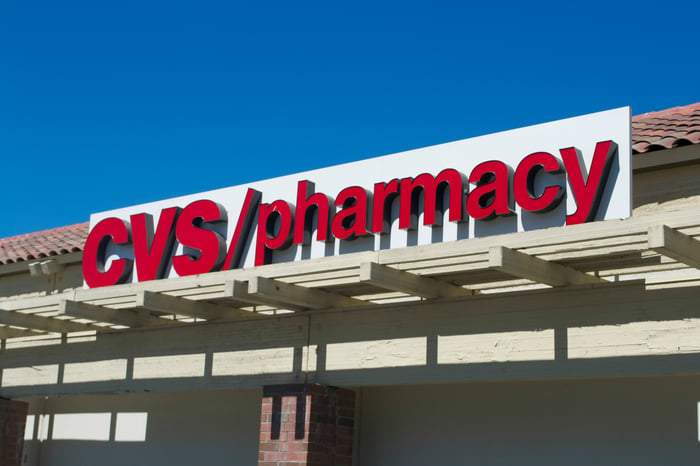 CVS Health already began to feel the pain in the fourth quarter from losing Tricare, but the full brunt will be felt in the first quarter of this year. In December, the 9.4 million beneficiaries in the healthcare benefits program of the U.S. Department of Defense replaced CVS with its rival, Walgreens Boots Alliance (WBA -1.64%). The Tricare loss was a big reason why CVS Health in November slashed its full-year 2016 earnings guidance in November and provided a dismal outlook for 2017.

Walgreens also took another significant block of business away from CVS Health last year. In August, Walgreens announced a strategic alliance with Prime Therapeutics, the fourth-largest pharmacy benefit manager (PBM) in the U.S. owned by 14 leading Blue Cross and Blue Shield health plans. The deal went into effect on Jan. 1, 2017, which means CVS Health's first quarter will be negatively impacted. Between the Tricare and Prime losses, CVS Health projected that it would have around 40 million fewer retail prescriptions in 2017.

At the same time that CVS Health is losing two big customers, the company also faces lower profitability. CVS estimates that its operating profit margin will decline by 2.5% to 5.25% in 2017. Its PBM business is the culprit, with lower margins resulting from continued price compression. Because the PBM business is growing faster than the retail/long-term care business, lower PBM margins hurt CVS Health's overall profitability.

CVS Health reported around $1 billion more in free cash flow in the fourth quarter than it had previously projected. While that was good news, part of the reason for the upside surprise stemmed from timing with Medicare Part D payables. Settling up will, of course, be required -- and it likely happened to a large extent in the first quarter.

Speaking of Medicare, like other pharmacy retailers, CVS Health has benefited in the past from states expanding Medicaid with funding made possible through Obamacare. With considerabe uncertainty about what might happen with Obamacare, the Medicaid expansion that helped drive growth for CVS Health over the past couple of years probably won't be as big of a boost in the first quarter.

Even the calendar worked against CVS Health in the first quarter of 2017. The company had one less day in the quarter compared to the prior-year period, because 2016 had a leap day. That means one less selling day for CVS Health's retail pharmacies. It's not a big deal, of course, but it will hurt year-over-year comparisons.

One reason not to worry

Sure, CVS Health is rebuilding in 2017. And, yes, the company's first-quarter results probably won't be that great. I don't think investors should be too worried, though.

Despite its challenges, CVS Health should still be able to grow revenue by around 11% over the next several years and grow earnings per share by 10% annually. The company's cash flow continues to be strong. CVS Health plans to buy back $5 billion of its stock in 2017 (some of which it has probably already done). Its dividend yield of 2.54% also looks attractive and is likely to increase.

CVS Health might be experiencing something of a rough patch, but it can recover. I suspect that the stock won't disappoint investors over the long run.