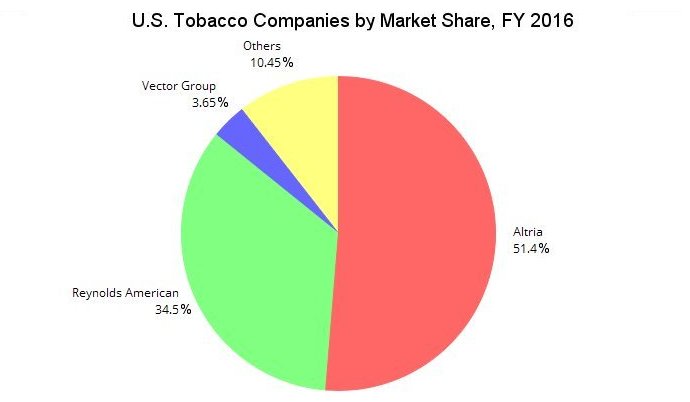 Altria's flagship Marlboro brand remains the top brand in America, with a whopping 44% of the market. The rest of the market is dominated by Reynolds American's Camel, Newport, Pall Mall, and Natural American Spirit brands, as well as Vector Group's Pyramid and Eve brands.

U.S. tobacco companies will likely keep growing, since the average price of a pack of cigarettes across the U.S. remains lower than other markets with comparable smoking rates. So despite their controversial reputations, tobacco stocks could remain core holdings of conservative investors for the foreseeable future.