If you're considering investing in 3D printing stocks, you should have a long-term outlook, as there could be more volatility ahead in this fast-evolving space. Expectations were too high in 2012 and 2013, when these stocks were driven up to extremely lofty valuations, before they came crashing back down to Earth.

Moreover, the industry's largest players, 3D Systems (NYSE:DDD) and Stratasys (NASDAQ:SSYS), have been struggling since 2015 to grow revenue and to earn a profit due to a slowdown in demand for their products and services. The smaller players have been experiencing similar dynamics to varying degrees.

However, the projected long-term growth dynamics for the industry remain very attractive, with 3D printing widely expected to disrupt the traditional manufacturing industry. Among publicly traded companies listed on a major stock exchange in the United States, I believe quick-turn, on-demand manufacturer Proto Labs is currently the best way to invest in the future of 3D printing. 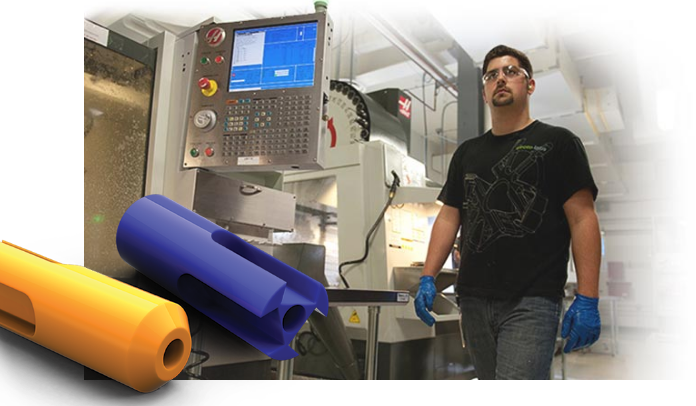 A main reason the 3D printing business grew so fast -- more than 50% -- in 2016 is because Proto Labs acquired Germany-based Alphaform, which provides 3D printing and injection molding services, in early October 2015. However, Proto Labs' organic 3D printing growth has also been solid. (Organic growth includes only revenue from businesses that have been owned for at least one year.) For instance, if we exclude unprofitable contracts at Alphaform that Proto Labs terminated, the company's 3D printing revenue in the fourth quarter of 2016 increased 16.6% year over year. (Proto Labs owned Alphaform in both the last quarters of 2015 and 2016, so this was the first quarter in which there was no bump due to the acquisition.)

Proto Labs has a notable competitive advantage over 3D Systems, Stratasys, and other manufacturers of 3D printers: It's 100% technology agnostic. Proto Labs doesn't make 3D printers or any physical product, so it doesn't have a vested interest in any particular 3D printing technology emerging as a winner. Its only goal is to provide services that best meet the needs of its customers, so it has equipment from many manufacturers in its facilities.

Proto Labs' growing popularity with customers, which can be attributed to its reputation for quality coupled with its quick turnaround time, bodes well for its future growth. This increasing popularity is evidenced by the fact that the company's unique product developers and engineers served -- a year-over-year metric that it reports each quarter -- continued to grow in the double digits each quarter in 2016.

Wall Street analysts expect Proto Labs to grow EPS at an average annual rate of 20% over the next five years. The stock is currently trading at 21.7 times forward earnings, so while it's not cheap, it's reasonably priced given its growth potential. Moreover, the company sports a strong balance sheet, with $68.8 million in cash and equivalents and no long-term debt at the end of 2016. Thus, it has the financial muscle to continue to invest in growing its business.

What about 3D Systems and Stratasys?

3D Systems and Stratasys both have the potential to be winners over the long term. They both have some valuable intellectual property and have been developing compelling next-generation technologies.

However, Proto Labs has been executing better. Both of the leading 3D printing companies, especially 3D Systems, have made some big missteps in the last few years. That said, both companies have new CEOs as of last year. 3D Systems also got a new CFO in 2016, and Stratasys got a new financial leader earlier this year. In time, it should become clear how well each of the new top management teams can strategize and execute.