Please ensure Javascript is enabled for purposes of website accessibility
Log In Help Join The Motley Fool
Free Article
Join Nearly 1 Million Premium Members And Get More In-Depth Stock Guidance and Research
By Rich Smith – Updated May 1, 2017 at 11:46AM

Earnings and an upgrade have this stock riding high.

Costamare beat expectations last week, reporting $0.45 per share in profit on revenue of $120.3 million in the first quarter (analysts had expected only $106.6 million), but that was last week. What's really putting wind in Costamare's sails this morning is how Wall Street is reacting to the earnings.

Specifically, analysts at Credit Suisse announced this morning that they are upgrading Costamare shares from underperform to neutral -- and raising their price target by 60%, to $8 a share.

As reported on StreetInsider.com this morning, Costamare took advantage of a brief uptick in charter rates last quarter and locked in short-term charter rates on five of its new cargo ships. Each of these vessels will be chartered at $18,000 a day -- about half what the ships might have fetched in happier market conditions, the rates are bad for how things stand today. What's more, Credit Suisse expects Costamare to use the short-term charters to fill a gap in its cash flow and to be quickly replaced by longer-term charters at more favorable (i.e., profitable) rates when the market for container shipping improves in mid-2018. 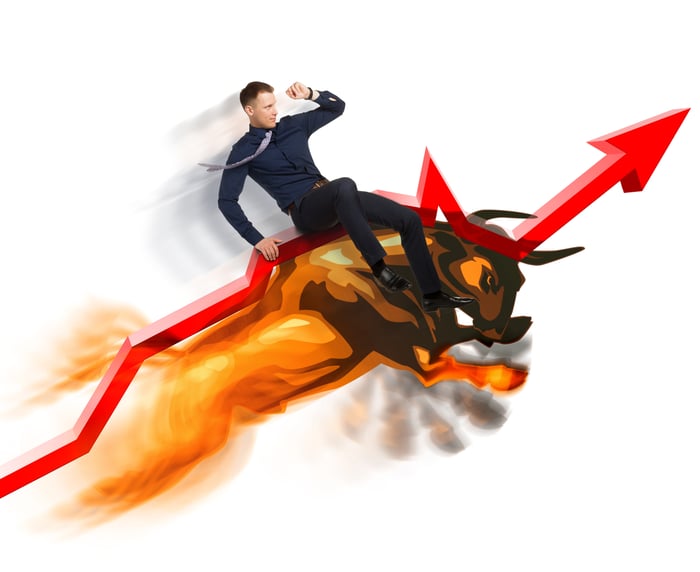 That may be only the start of the good news, though. While penciling in a valuation of $8 on Costamare stock on the assumption that rates will improve by mid-2018, Credit Suisse also mentioned that rates could improve faster than that. In such a "blue-sky" scenario, Credit Suisse notes that it's possible Costamare could shoot as high as $12 a share.

And what do I think? Ordinarily, I'd advise against chasing a fast-moving stock higher. But looking at Costamare's financials today, I see a company that's both profitable and generating significant free cash flow -- about $225 million last year. On Costamare's current enterprise value of $1.8 billion, I get a valuation of only eight times free cash flow for the stock, which seems to me more than fair.

Call me a crazy optimist, but I think Credit Suisse just might be on to something here.

Waste Management Stock Drops After Earnings: Here's What You Need to Know
410%